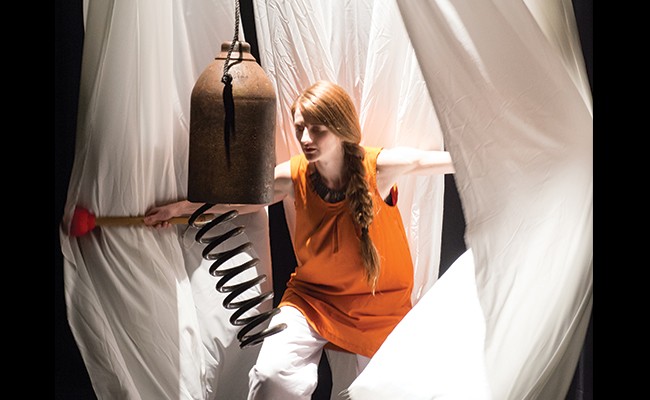 "The piece is inspired by the experience of being on John Little's land," says co-director and performer Susanne Chui.

Created in collaboration with Mocean Dance and Hear Here Productions, Burnwater: Alchemy will see the transformation of Alderney's large blackbox theatre into an intimate space for audiences to navigate. "It's an abstraction of his land," says Chui.

In 2013, a version of the piece was performed outdoors on Little's East Dover land, where two actors guided audiences through the property. In this incarnation, only two dancers (Chui and Doug Cameron) perform, and an intricate sound design by John D.S. Adams creates the feeling of being outside.

"Being outdoors was great and multi-sensory, but this is asking people to look at things in a different way," says Chui.

The sound design was created from recordings made on Little's property, and some of his ironwork will be incorporated into the show. Despite not being on the land where it originated, Burnwater: Alchemy seeks to represent the feeling of that time and place.