Can you tell which Atlantic Film Festival premier is which?

Film festivals love premieres—showing a movie for the first time. But in Canada, they also tend to love premiers, the politicians whose provincial government pays some of the fest's bills. The Atlantic Film Festival is no exception on the premier front, and Nova Scotia's top dog always gets their face on a welcome letter in the AFF's Program Guide. The funny thing is that Stephen McNeil's letter this year, his first film fest shout-out since the summer's gutting of the film industry's tax incentive scheme, is hard to distinguish from McNeil's 2014 welcome letter. Or, for that matter, the 2013 letter from then-premier Darrell Dexter.

Here are the last three fest welcomes (with bylines cropped out and the date obscured) from our last three premiers: Darrell Dexter, pre-cuts Stephen McNeil and post-cuts McNeil. Try to figure out which letter goes with which preem, then click through below the pictures for the answers. 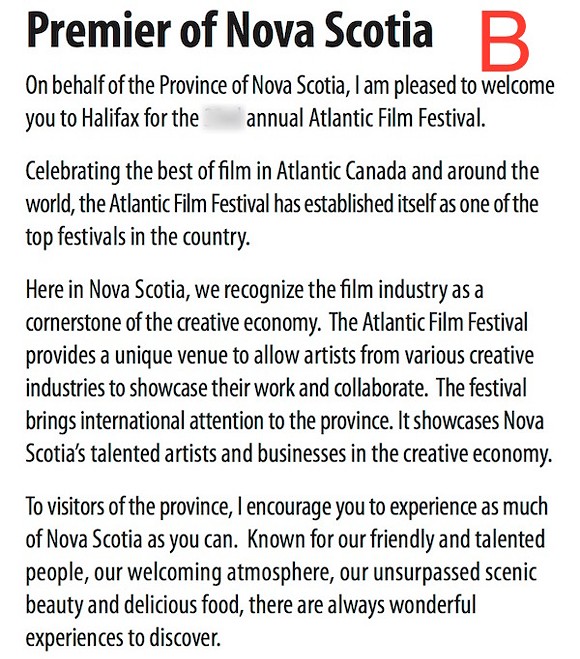