Canada vs. Russia: Will the ice war go cold?

Last night on The Colbert Report, NBC announcer Bob Costas suggested that al qaeda will never take the place of Russia as an Olympic enemy, like they did during the Cold War. Probably not going to see them on the bobsleigh run.

It was about 38 years ago that Canada faced the Soviet Union in Vancouver as part of the eight-game Summit Series, appropriately at the Pacific Coliseum, because these guys were like gladiators. Turtlenecks and blazers, missing teeth and sideburns. These were pro players who weren't allowed to play in the Olympics because, oh wait, the games were about amateur sport. No sponsors other than maybe Aqua Velva. 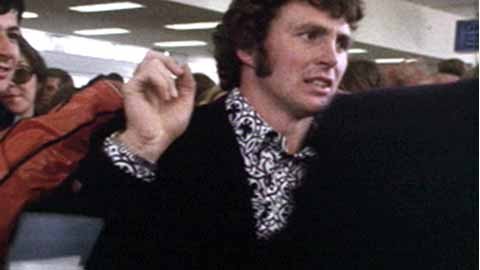 The series was played in various cities, but game four in Vancouver really sucked. Canada lost 5-3, and then got booed off the ice by angry, projectile-throwing fans. But Phil Esposito isn't having any of it, no sir.

From all accounts, the Russian team is pretty revved for tonight. So whatever happens (game starts local time 8:30pm), keep your cool like Espo.