More and more organizations have stopped investing in fossil fuels, and our learning institutions are lagging behind. 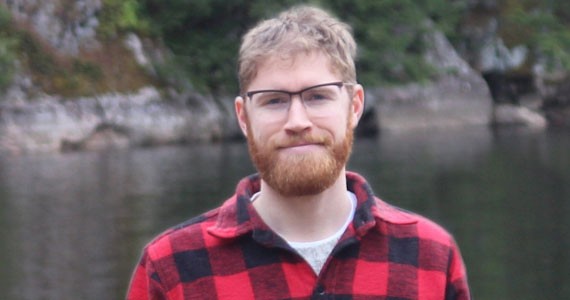 This summer, members of the Canadian Association of Geographers made a unanimous decision to divest their financial holdings from the world’s biggest fossil fuel companies. In the process, CAG became the first academic organization in Canada to divest from fossil fuels.

While joining hundreds of organizations, municipalities, churches and universities that have committed to shift their investments away from climate polluters, CAG also left behind every single Canadian university, which so far have ignored the calls from their students, faculty and staff to divest.

Though I am not a member of CAG, I attended their conference and the annual general meeting to witness history in the making. At the conference I spoke with some of the membership and heard a resounding frustration with university administrations who are out of touch with the real impacts of climate change.

CAG struck a committee to investigate investment strategies and costs of divesting. After weighing their options, the committee recommended full divestment, in no uncertain terms. The motion stated that the “principal benefit of full divestment is that the CAG makes a clear and strong statement that it is committed to reducing its support for, and dependence on, fossil fuel development, and that it backs this statement with carefully considered and effective actions...This would help confirm geographers as being leaders in climate change reduction efforts.”

They stated that the fossil-free fund established by Concordia University, and divestment from coal and tar sands by Stanford University are half-measures that “dilute the political aim of the divestment campaign.”

While the rallying cry of the divestment movement has come from the moral imperative to remove support for companies that have enough carbon to wreck the climate, the financial case for divestment has become very clear. The CAG “did not find evidence that going fossil-free is likely to bring significant additional financial risk. To the contrary, a respected global investment index company found that fossil-free portfolios outperformed those with fossil fuel investments over the last five years.”

I spoke with Sarah Rotz, a doctoral student in the department of geography at the University of Guelph, who shared this thought: “The economic arguments are very clear. Mark Carney, governor of the Bank of England, himself has acknowledged that fossil fuel investments currently ignore systemic risks, as the ‘vast majority of reserves are unburnable.’”

Only one-fifth of CO2 from fossil fuel reserves can be burned if we want to avoid catastrophic climate change. So investing in stocks as volatile and unburnable as fossil fuels is dangerous and irresponsible at best.

What the CAG is saying, unequivocally, is that divestment is doable, defensible and profitable, throwing shade directly at the University of Toronto, University of British Columbia and Dalhousie University for heel-dragging on divestment in the name of “fiduciary duty.”

Leadership on climate issues is boiling up from the bottom. University administrators need to stop holding us back and follow the leadership of their institutions’ brightest.