Who they are and where they're running. 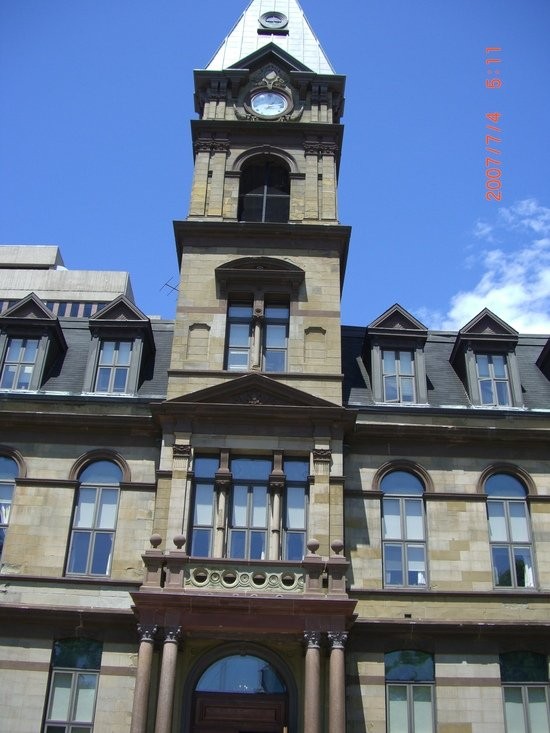 Here’s the official list of candidates for the October 20 city election:

Mayor: Apparently as simply an act of narcissism, Peter Kelly continued to dangle the prospect of running for reelection before the public right up to the very last moment, then bowed out in his usual ungainly manner. This leaves former Liberal MP Mike Savage as the front runner, with hair stylist and chicken advocate Fred Connors and former cop Tom Martin vying to be the prime contender. At the very last moment, Aaron Eisses, a farmer associated with the Green Party, comedian Steve Mackie and Wesley McCormack, a dietary aide at Northwood Manor, entered the race.

District 1, Waverley—Fall River—Musquodoboit Valley: This race pits sitting councillors Barry Dalrymple and Steve Streatch against each other. Dalrymple is a former cop perhaps best known for being frightened that a single Occupier wanting to give a talk at the Fall River community centre would bring disrepute upon the place. Streatch, a farmer, is well-known for denying climate change, and for his cranberries.

District 2, Preston—Porters Lake—Eastern Shore: What’s interesting is the geographic spread of the candidates vying in this district, which runs two hours along Highway 7. Sitting councillor David Hendsbee, who recently bought a house on the western edge of this district so he’d be a resident, has six challengers: bus driver Gail McQuarrie from Lake Echo, Laurie Cook, who's been with the Musquodoboit Rate Payers Association, Will Gilligan, a Sheet Harbour resident who comes from an old labour family, Marinette construction worker Jason Josey and Salmon River labour organizer Keith Leahy.

District 3, Dartmouth South-Eastern Passage: Sitting councillors Jackie Barkhouse, who hails from the labour community, and Bill Karsten, who is a Peter Kelly loyalist, are in the running, with Jim MacDonald coming in from the outside. MacDonald’s Facebook page calls him “a voice for change,” but as of this writing has provided no other information about him.

District 4, Cole Harbour: Up until the last moment, it looked like sitting councillor Lorelei Nicoll, a moderate who hasn’t made a lot of waves, would be unopposed. But the biggest surprise of the election, so far, happened Tuesday when assistant city solicitor Angela Jones dropped her name in the hat. Jones has a million degrees and a Cole Harbour pedigree that runs deep (judging by her Facebook page, she is Sidney Crosby’s lover). Barry A. Smith, who says he has been a labourer and small business person, has also entered the race.

District 6, Harbourview—Burnside—Dartmouth East: Sitting councillor Darren Fisher, whose biggest achievement on council has been failing to build a stadium, is challenged by Jerry Pye, an old-school lefty who was once an alderman in the old city of Dartmouth and a MLA.

District 8, Peninsula North: Sitting councillors Dawn Sloane and Jennifer Watts are running against each other, with challenges by Karen Dempsey, who has worked in the offshore oil industry and as a VP of the National Council of Women of Canada; Doug MacDonald, who is associated with the Ward 5 community group and James MacKay, whose Facebook page describes him as “an active volunteer in the community.”

District 10, Birch Cove—Rockingham—Fairview: Sitting councillor Russell Walker, who is a doppleganger for Mr. Potter in It’s a Wonderful Life, is being challenged by Occupier John Thibeault and Kurt Bulger, who owns Jennifers of Nova Scotia.

District 11, Spryfield—Sambro—Prospect Road: Sitting councillor Steve Adams, who lives in Bedford and became famous when he self-aborted his mayoral campaign when his supposed friends made anti-bus driver comments on a Chronicle-Herald story, is being challenged by Peter Grabosky, a career military man who quotes Gandhi on his Facebook page, retired police officer Jim Hoskins and Tom Lavers, who is on the board of the Prospect Community Centre.

District 12, Timberlea—Beechville—Clayton Park West: Sitting councillors Reg Rankin and Mary Wile, who already vie against each other for favourite satirical characters in The Coast’s live-blogging of council meetings, are challenged by Rano Khokhar who has served on several city committees and endeared herself to us by successfully hitting Rankin up for a campaign donation at a council meeting, and Bruce E. Smith, who gets really upset if you forget the “E.”

District 13, Hammonds Plains—St. Margarets: Sitting councillor Peter Lund is challenged by cafe owner Doug Poulton,. Also in the race is Matt Whitman, who waves signs outside the Tantallon Superstore and claims to have invented “reverse networking.”

District 14, Upper/Middle Sackville—Beaver Bank: Sitting councillor Brad Johns, who is in fighting shape and looking good, is challenged by someone named Laurie Sauers, who no one much knows.

District 15, Lower Sackville: This is a fun race, with candidates Steve Craig, Janet Langille, Stephen Taylor, Curt Wentzell and Ian Wilson. So fun, we’re going to devote an entire post to it at thecoast.ca/VoteHRM.

District 16, Bedford—Wentworth: Sitting councillor Tim Outhit is being challenged by Mark Ward, who we don’t know anything about.