Cape and Cowl creates a space for queer, nerdy youth to flourish

Everyone can be themselves, the only pretending at Cape & Cowl is in the fantasy worlds of comic books. 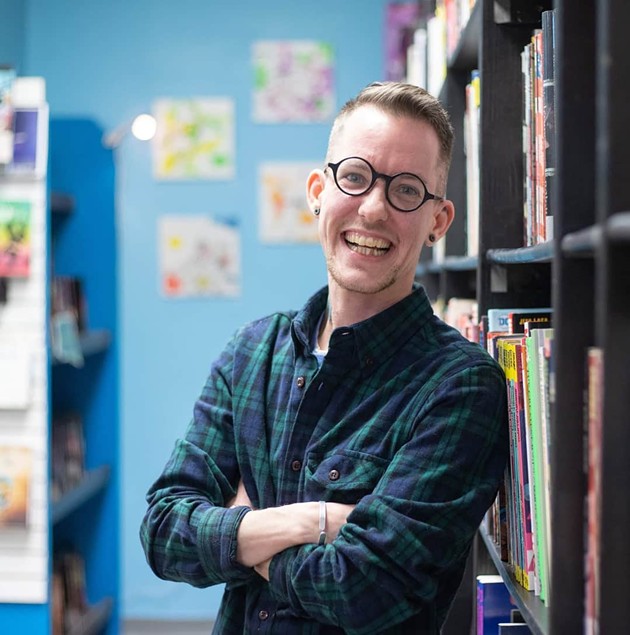 Pride comes around only once a year, but Cape & Cowl Comics & Collectibles in Lower Sackville is a safe place for all genders, all year long.

“I like to wear my heart on my sleeve, I wear my activism on my sleeve, so my business is very much a social enterprise,” says owner Jay Roy.

In 2014, Roy opened the store at its first location—then, in December 2019 moved down the road to 622 Sackville Drive, near the library. Along with the move came a bigger and more accessible space.

“The doors at my original space was a little difficult to get in, so when I moved I wanted to move specifically to a space where we have a more accessible entrance, so I believe I’ve achieved that,” says Roy.

From the very beginning though, accessibility and inclusion were the focus for Cape & Cowl.

“Not only do I make a pointed effort to support local, I also make it a point to show diverse representation in all body types, all skin tones, all backgrounds, all cultures,” says Roy.

Before he founded Cape & Cowl, Roy worked at other comics stores, but often faced challenges as a transgender person. “Being in charge of my own space, being able to cater and sort of be a body guard against bullying for gender expression and things like that in my own space, I really wanted to do that,” he explains.

But one connection from those early days stuck with Roy—a friendship with Leighann Wichman. “She was account 166 at the store,” he recalls.

As executive director of The Youth Project, Wichman helped Roy grow in the queer community and find himself. “Leighann had such an impact on my life. And so my drop-in centre is named the Leighann Wichman Safe Place, because we unfortunately lost her a few years back,” he says.

Within Cape & Cowl, the room dedicated to Wichman is used for various purposes (or it was before COVID, at least), including Autism Nova Scotia’s D&D game night and free counselling sessions for 2SLGBTQ+ youth provided by the NSHA.

Cape & Cowl is still closed to foot traffic right now, because many of its customers are immune-compromised. But Roy is eager to be the “personal shopper” for anyone wishing to purchase online for pickup, deliveries, or mail order.

The shop is also giving back to Black Lives Matter charities in the wake of recent protests and is also selling Harry Potter books with all proceeds going to local charities that support trans youth after JK Rowling outed herself as a TERF. (“I’m a sassy human being so I like to think that maybe she was that and was annoyed,” Roy laughs.)

But above all, the shop owner wants to create the space he wishes he had as a youth, one where everyone can truly be themselves. “I use a lot of my square footage to give back to, well, basically create a space I could’ve used as a kid,” he says.