Captain America: The First Avenger worthy of the stars 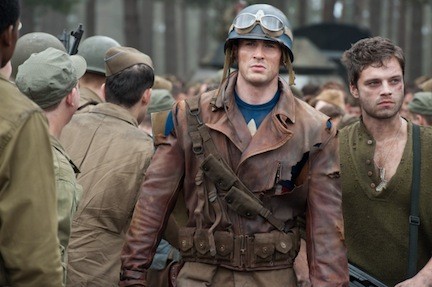 It’s no small feat to make a movie about a patriotic weakling transformed into a chiselled slab of prime soldier meat---outfitted in a stars-and-stripes uniform, no less---without succumbing to jingoistic excess. Yet the makers of Captain America somehow do just that, softening the corny edges of the comic book story with several well-placed winks at the audience. Chris Evans plays scrawny Steve Rogers, who has the courage to fight in World War II but not the body. Enter a scientist (a gently hammy Stanley Tucci), an army colonel (Tommy Lee Jones, not so gentle about it) and inventor Howard Stark (Dominic Cooper). Their secret serum turns Rogers into an uber-soldier who’s soon battling a breakaway Nazi sect. It’s preamble for next year’s Avengers, but its performances and plucky spirit let it stand on its own. And the digitally-thinned Evans is a CGI triumph.

Captain America: The First Avenger is not showing in any theaters in the area.