Catching up with the Crash Test Dummies

It's been over two decades since God Shuffled His Feet—but as a sold-out show last weekend proved, Halifax still brakes for the Winnipeg folk-rock five-piece. 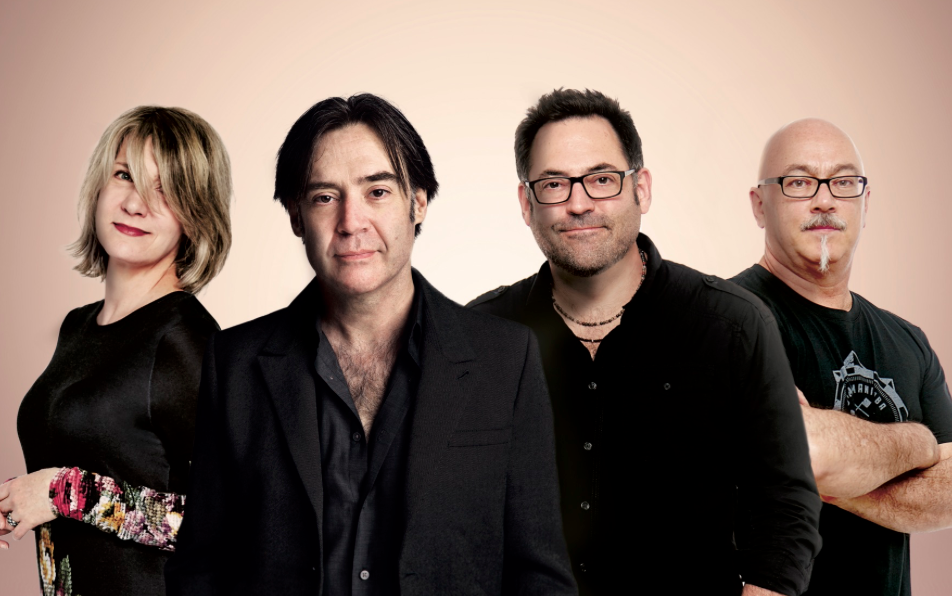 In the early 1990s, the Crash Test Dummies strummed their way into the international stage with a string of smart, oddball hits—including "Afternoons and Coffeespoons", "Swimming in your ocean", "In the days of the caveman," and, of course, the unforgettable ear worm "Mmm Mmm Mmm Mmm."

The album on which those songs were featured, God Shuffled His Feet, rebuked the notion of a sophomore slump—and instead went on to become the band's most commercially successful effort. Last year, after an 18 year respite, the Winnipeg-based folk rock outfit reunited for anniversary tour to celebrate the album and reclaim its rightful spot as Gen X nihilist-rock royalty.

While last weekend's Halifax gig on the tour  with Damhnait Doyle sold out almost on the spot, we managed to catch up with CTD's keyboardist and co-vocalist Ellen Reid to fill in those who didn't snag tickets on what they'd missed.

Queue up your favourite CTD hit (may we recommend "The Ballad of Peter Pumpkinhead"?) and dive in:

The Coast: The last Crash Test Dummies album to include the original members, Give Yourself a Hand, came out in 1999. What has everyone been up to since then?

Ellen Reid: “Brad [Roberts] has continued to write and release a number of albums and a number of us have performed on them—and he also became a yoga instructor. Dan [Roberts] is based in Winnipeg and has a young family. He works outside of the music business and plays in a few bands for fun to keep his chops up. Our drummer, Mitch [Dorge] is a producer and player in Winnipeg. He is also a highly successful motivational speaker and he’s really enjoying it. As for me, I went back to school and got my social work degree and I still perform for fun and at benefits when I’m asked.”


Where did the decision to tour together again come from?

“Our guitar player, Stuart Cameron, is connected to everybody and he got us together to do a benefit show with the Winnipeg Symphony Orchestra at the Canada Summer Games Festival in 2018. The show went over so well and we had such a good time, that we thought we would explore doing a few little tours here and there. Then we got these great responses from agents and promoters and felt pretty encouraged that we could do more than just a few shows and we’ve been touring ever since—and it’s been steady and it’s been really great.”


It’s been roughly 18 years since you’ve toured together as a band. How has it felt to hit the road again?

“It’s been pretty wonderful. We got back on the road and it was like no time had passed at all. Plus, we aren’t doing the three month solid, 10-week tours we did back in 1994. We’ve had the freedom to set our own schedule and go at a pace that’s reasonably comfortable for us at, you know, our advanced age! We’re also doing this on our own steam — without a record company behind us, so we aren’t travelling on a tour bus or with a lot of promotion. But the upside is that we’re setting our own schedule, we play what we want and we do the shows we want to do, and that’s been working pretty well for us. It’s also been a lot more fun this way.”


So the 25th—now 26th—anniversary tour of God Shuffled His Feet wasn’t something you were planning?

“It all stemmed from that show in Winnipeg in 2018, which just happened to coincide with the 25th anniversary, and that turned out to be a convenient marketing tool.”


Nostalgia is a powerful tool!

“True! And that’s part of what’s going on. But we’re also noticing that the people coming out aren’t just our original fans—they’re bringing their children. And we’re hearing stories about how this was the record they played in the car on the way to the cottage every summer—and that’s wild! We thought we’d be seeing people who were in their 20s in the 1990s—like us. But we’re seeing a huge range of ages and we did not expect that. It’s really heartening!”


This Q&A has been edited for length and clarity.