A passionate plea, from a humble music fan. 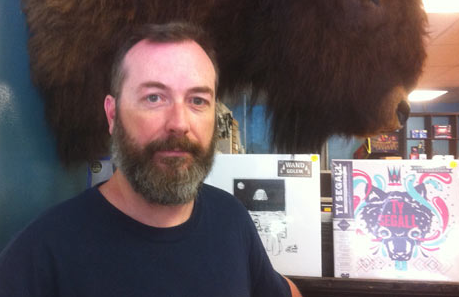 During The Coast’s recent (June 10) Halifax Poll, it was asked who should be fired at the CBC now that Evan Solomon is gone. I was struck by the fact that musician/radio host Randy Bachman was not included in the poll. This disappoints me and (I suspect) many others in The Coast’s poll vicinity. I have been consistent for my disdain of Randy Bachman (the host and his musical stylings) on the public airwaves but, alas, I cannot keep my voice unheard anymore.

It is time for me to speak for those who want to remove Mr. Bachman off the public airwaves. Why wait for a future scandal? It is in plain sight (and earshot) that this is a man whose time has come to be stricken from the annals of great CBC hosts such as Ralph Benmergui, Lister Sinclair and Holger Petersen.

I think I (and most of your readers) are aware of the musical stylings of one Mr. Bachman. A legend in his own mind. A man who hosts a music-themed show which has viciously ripped off Bob Dylan’s “Theme Time Radio Hour” program. A man who will tell anyone within earshot that his former band (who shall not be named here) sold more records than The Beatles (in a one-year period). A man whose radio theme song is an earworm and a song from his own catalogue (I have been told by a fellow musician it’s called “double-dipping” when you play your own songs on your own show repeatedly). Did you know BBC6 Radio has a rule for radio hosts that they can’t play their own songs on their shows?

Randy Bachman is a man who actively talks above his own noodling on the guitar. A man who fired his own brother from his band. A man who has “nicked” a riff from guitarist Lenny Breau and claims it as his own. A man whose jazz stylings are akin to water running off a cliff and, hopefully (crosses fingers), never making a sound. Are these the ideals of CBC hosts? I actively (as Mr. Bachman states) “do something green” and save electricity by turning off CBC radio during his time slot. (You should thank me NS Pow...er, Emera.) With the recent cuts to CBC, why not make a simple accounting ledger change and move the money from Randy’s salary to Radio Three?

The CBC need not wait for another scandal. Randy Bachman’s voice is a ticking time-bomb of insanity to my ears. I hate to throw Randy onto the pile of previous on-air personalities rife with scandal, but this is a travesty which has to come to a sad (for me, glorious) ending.

So, I ask of you, CBC Radio management: The time has come. With the recent CBC cuts, and future cuts, please remove Randy Bachman’s voice (also: please remove any solo material from Randy and his cohort, Burton Cummings) from the airwaves and the hosting chair. Permanently.