Up with affordable, accessible opera for all 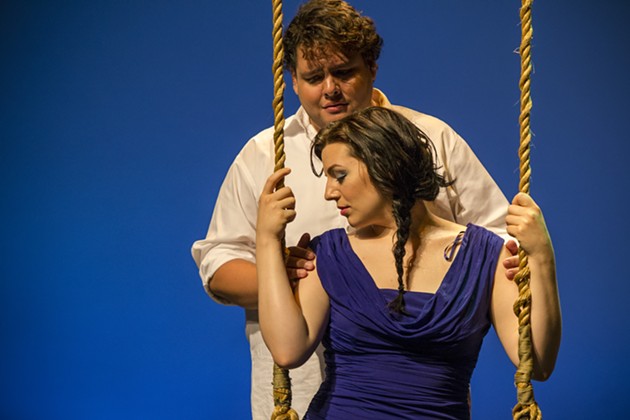 It's been a decade since Nina Scott-Stoddart and Tara Scott first came up with the idea to create an annual workshop for aspiring young opera singers. Since then, Halifax audiences have been entertained by 17 fully-staged operas.

This year, more than 80 performers from Canada and the U.S. are taking part in three main stage shows and five special concerts.

Opera lovers were thrilled to have the rare opportunity to hear Ermanno Mauro sing at the Italian Canadian Cultural Association on August 7th. The world-renowned tenor gave a masterclass to the opera workshop students during the week. Several of the students then showcased their talents at the Opera Gala, performing solo arias and excerpts from Puccini's La bohème with the legendary singer. Soprano Beth Hagerman soared in the role of the consumptive Mimi, holding her own with Mauro's dashing Rodolfo.

The main stage operas will be running at various times and venues from now until August 17th.