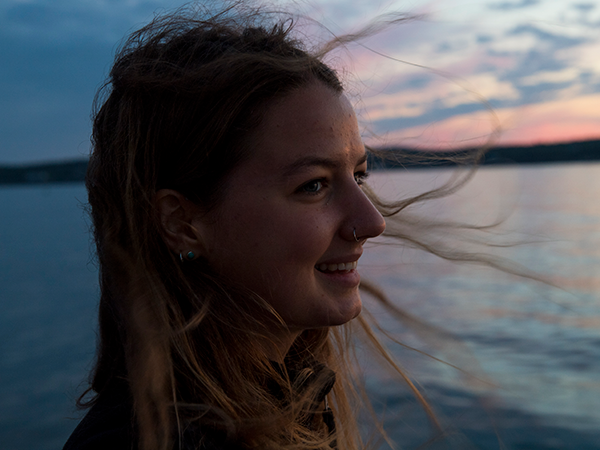 As proud Nova Scotians if I asked you what the slogan of our province's license plate was, without missing a beat I'd expect you to say "Canada's ocean playground." From the surfers who face the frigid February waters at Lawrencetown beach, emerging with icicles clinging to their hoods or beards, to the couples who sit at farmers' markets on Saturday mornings, sipping coffee and breathing in the salty air, love for the ocean runs deep in Halifax. While this sentiment is true year-round, it is especially strong for the first week of June every year as we celebrate Oceans Week.

Oceans Week is centred around International Oceans Day, June 8, which was first proposed by Canada in 1992 and has been recognized and celebrated by the UN since 2008. Each year has a theme; this year it's Gender and the Ocean. While the critical role of women in numerous maritime industries like fisheries is too often overlooked, as a graduate student studying the ocean, I am most familiar with the role of women in ocean science. Although Jacques Cousteau may be a household name, there are many female ocean researchers who also deserve recognition.

In fact, today women make up 38 percent of ocean researchers. Though not 50 percent, this is still 10 percent higher than in other research fields. Formidable pioneering female ocean academics include Sylvia Earle (AKA Her Deepness), the first woman to become chief scientist at the National Oceanic and Atmospheric Administration in the United States, and Elisabeth Mann Borgese, a former law professor at Dalhousie University whose work shaped the laws that govern international use of the ocean (United Nations convention on the law of the sea).

Since Mann Borgese, Dalhousie continues to be a hub for female ocean scientists including Heike Lotze, Erin Bertrand and Megan Bailey, who respectively study the impact of climate change on marine ecosystems, ocean microbes and fisheries governance. Additionally, all three supervise and mentor female students. Indeed, Halifax is home to impressive, ocean-focused women.

Halifax Oceans Week was founded by two women: Alexandra Vance and Monica Phung. Due to their tireless efforts, this year Halifax is the city hosting the most Oceans Week events in the world. These events include trivia nights, documentary screenings and beach clean-ups. So this week, I encourage all Haligonians to celebrate two things this city can be proud of: Our ocean, and the impressive women committed to her.