Halifax's Mandopop saviour drops a five-track EP to help you have a "fairyland kind of view" of life. 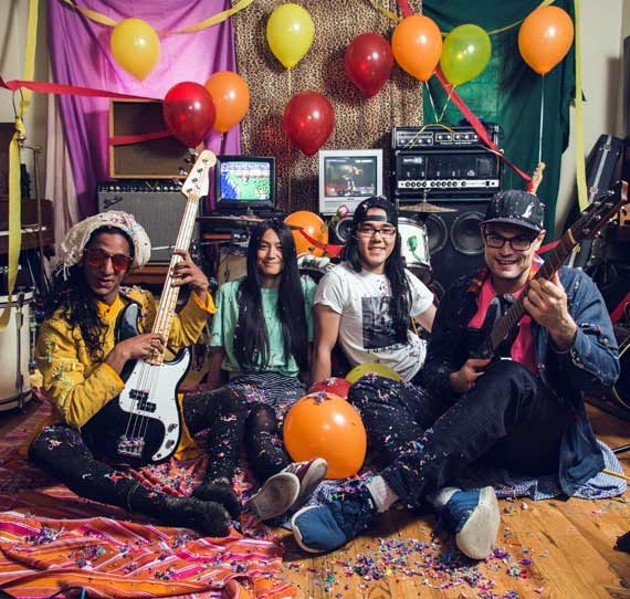 
Well, not really. But it did announce We Can Play, an exuberant collection of undeniably fun songs, via an Instagram post with a screen-shot of an Animal Crossing character sporting a custom-designed Century Egg t-shirt.

After all, band members and partners Robert Drisdelle and Shane Keyu Song were playing a ton of the insanely addictive island life simulator.

You know, because of the pandemic and all.

“It’s our favourite game,” laughs Song via phone. “It’s a big part of our life.” And the album suits the game's colourful, peaceful aesthetic, Drisdelle says.

Century Egg’s vibe is definitely that — Song sings upbeat, modern East Asian-inspired pop, weaving catchy melodies with the energetic bass work of Nick Dourado (of Aquakultre and Eddy) and toe-tapping drums of Tri Le. Drisdelle plays guitar, but also writes and sets up much of the instrumentation.

Begins Drisdelle: “We Can Play, you know, it's very much about escapism —" Song chimes in: “maybe escape isn’t the right word,” she responds, “ but I think that fairyland kind of view should exist in everybody’s life.”

“Everybody who listens to our music says ‘this makes me happy,”’ she says.

It’s music made with a love of collaboration, too: “This EP, in particular, has all different types of methods to create music,” says Song. “There’s songs created solely by Robert, solely by me and ones we write together."

It all makes for a wonderfully unique soundscape, sung in Mandarin and English, which is refreshingly light: You can hear the fun plunking from Risdelle’s guitar and shimmering through Song’s warm voice.

But soon the subject circles back to Animal Crossing — and a singing dog adored by players of the game worldwide. “KK. Slider,” says Song with a laugh, “the biggest musician in the Animal Crossing universe is like, 'if you play the game you have to join the cult'.” (On player’s custom islands, the canine superstar comes to play concerts, wooing villagers with oh-so-sweet eyes and a gently strummed guitar.)

“In general, what he does in music is something we are really into too. He has all different types of style and he has like one single for each of the styles in the world.”

Yeah, Slider’s a musician who does it all.  Century Egg is too, nodding to American pop conventions as often as it winks with East Asian ones.

The Key? Having fun—and spreading a little optimism. “We have so many problems in our lives just like anyone else,” says Song, “and the way we try to deal with it is to create something that makes you feel like you can have different solutions.”

Drisdelle agrees: “We can be happy and confident—if that’s something that resonates with people then perhaps we’re doing someone a service.”


Correction: An earlier version of this article said Nick Dourado played guitar and Drisdelle played bass while the opposite is the case; As well, Tri Le's name was misspelled. The Coast sincerely apologizes for the errors.