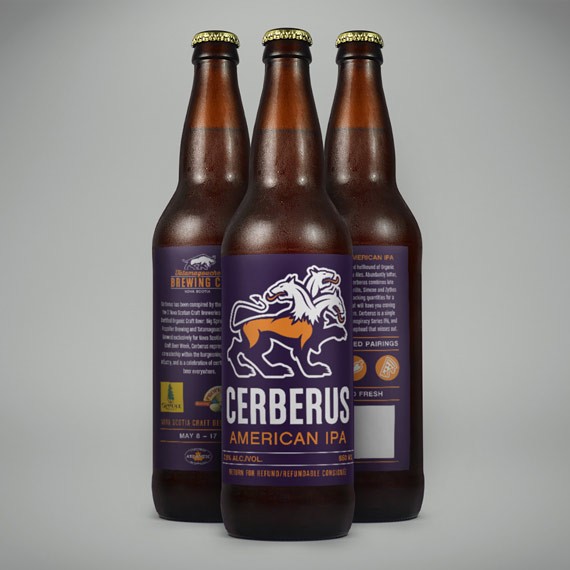 But it's also a celebration of organic beer, which White has promoted passionately since launching the province's first certified organic brewery in Nyanza, Cape Breton, two years ago.

The idea for the Nova Scotia-wide conspiracy is the result of ongoing talks between White and Propeller's Andrew Cooper. "I've been good chums with Andrew for awhile," he explains. "I've always been bothering him [for Big Spruce] to do something in conjunction with Propeller." Adds Cooper, "It's something that's really been brewing for at least a year or two. It's been hard not to talk about it."

And so, the three-headed hellhound was formed: Cerberus is a big west coast American-style IPA with late-addition hops, a seven percent "punch in the face."

It's also a tasty metaphor for how drastically Nova Scotia's brewscape has changed over the past few years. And White is particularly proud of the movement toward sustainable practices: "I have to say, as the guy that kind of took the jump first, to now be involved a short two years later in a major beer release with another entirely certified organic brewery and Nova Scotia's largest craft brewery is, for me, really, really satisfying."

There's more to come. "This release is just a little snippet of what this industry is: a bunch of likeminded, creative individuals getting a chance to really enjoy what they do," he says, "and create a product that a lot of people can get behind."

Cerberus launches at Stillwell, and all three breweries, May 9—get it before it's banished back to the Underworld.