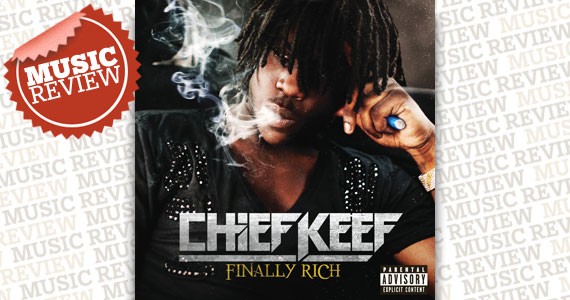 Could anyone really recommend 17-year-old Chief Keef’s big label debut? On one hand it typifies an exciting new generation of Chicago rap production: hybrid hard-nosed Lex Luger trap beats and weirdo melodic auto-tune anthems. On the other hand, every track is a parade of dead-eyed misogynistic boasting. Like on bonus track “Citgo”—-where Keef warbles out a triumphant computerized sing-song party verse before dropping a terrifying boast about someone he’s murdered over a stuttering beat that sounds like someone looping the battle theme from Earthbound. Consider Keef’s context: there were 36 murders in Chicago last month and that’s down from last year.