Children of Eve bring the positivity to the Common

Opening for KISS, of course 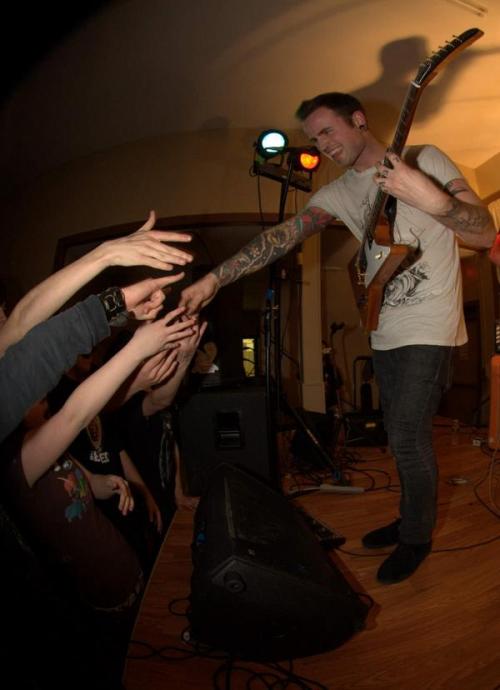 Give Children of Eve a hand, why don't you?

Children of Eve get the enviable slot of opening for KISS this Saturday on the Halifax Common. The group competed in a battle of the bands to decide the winner and Joel Upshall (Children of Eve) is looking forward to the show. "We're super excited, it's a big opportunity. We'll play early, but this will still probably be the most people we've played for." It's doubtful that the band will get to chat with the band, but they have bigger fish to fry. "It would be cool, but more than I have even thought about," says Upshall. "All of our efforts are focused on representing east coast underground heavy music."

Upshall exudes positivity, especially evident when he talks about how the band reconciled competing with their peers and wanting to do a good job, no matter what. "We were playing in a competition against some of the best bands, and we're really big on scene unity," says Upshall. "So with this competition pitting Atlantic Canadian bands against each other, we didn't even know how we felt about that... we were juggling fighting with other bands in a small scene and thinking, 'no matter what, we're going to represent the east coast. Let's go and play an awesome show.' By fate or fluke we won. We would have been entirely happy with whoever would have won, despite the competition, we were going to represent the east coast as best we can."

If you can’t make it to the real thing, head to the Toothy Moose on the Friday to see Dressed 2 Kill, Halifax’s premiere KISS cover band. Yelling out your requests might actually get results.