Pop radio still edits hip-hop from the airwaves. Are they stuck in the past or reinforcing rap stereotypes?

We’ve all been taken aback by it while tuned into some FM radio station or another. There you are, gearing up to spit out Left Eye’s verse in TLC’s “Waterfalls” or priming yourself for Snoop’s verse in Katy Perry’s “California Gurls,” and...nothing. Like a tree shaken bare, you’re left with just a leafy skeleton of a song.

OK, maybe you’ve never experienced this personally. You could be one of the growing number of listeners who has forsaken mainstream radio, or just don’t listen to pop music, full stop. But this is not a small phenomenon. On a daily basis, Top 40 radio stations play the most popular songs in the country, edited to remove hip-hop verses. Supposedly it’s to make the songs more palatable for listening audiences. Realistically, there’s no good explanation for why this still happens.

Hip-hop music is arguably the most culturally influential genre to grace the mainstream airwaves of the western world. It’s prompted social change and can perpetuate free speech with every verse, rhyme and beat—so why is it being silenced?

There’s no question that one’s taste in music is incredibly, frustratingly subjective. That can turn the lack of rap on radio into an issue of politics over preference. A bigger listening audience means more money for the station, the record label and the artist. It’s why labels will produce two versions of their songs—one with the rap verses and one without. Ultimately, it’s still up to the radio stations to pick which edit they’ll play.

“We just choose to play those versions because we think it best suits our audience,” says Brad Muir, program director for Halifax’s C100 and 101.3 The Bounce, in an email. “The record companies and artists work together to provide radio stations with multiple versions of songs, and it helps them get airplay on more stations and exposed to bigger audiences.”

“What I think is interesting, is people deciding which version they’re going to play,” says Mike McGuire, hip-hop artist and chair of Hopscotch Halifax. “With Taylor Swift especially, because she’s, you know—cute, white, blonde girl, comes-from-country-music, and then here she is now working with this Compton rapper who talks about progressive black politics and gangsterism.

“The rap one is clearly a better song,” says McGuire, a music and culture professor at Mount Saint Vincent University. “It feels like a really genuine collaboration—this version was the single—and I think you have to make a very conscious decision to not play that one. But that’s a bizarre thing to do if you’re in pop radio, you know?”

Halifax pop station Energy 103.5 made that decision when it chose to go with the non-rap version of “Bad Blood.” Program director Barry Stewart says it was more human error than corporate agenda.

“I just put in the first version we had,” he says. “There wasn’t any reason for it. There were two versions and I hit the first one and I didn’t even think about it, so that was my fault, you know?”

Stewart, also program director for Live 105.1, says radio stations need to loosen up when it comes to programming hip-hop.

“I think a lot of it is a stigma from way back—and I mean way back—when rap was in the ’90s,” he says. “The stations that are going for an older audience, they think that those people don’t want to hear rap, which I think has changed a lot. I mean, we’re talking 20 years ago, so the audience has changed.”

Impossible to ignore here is the race factor. Hip-hop is art born from and cultivated in black culture. Whether a generational gap, stigma around the genre or an effort to make more money, all three excuses for editing out rap verses boil down to the same reason, says Shadrach Kabango, better known as Shad.

“So the answer is racism, which shouldn’t be surprising. They didn’t put black people on MTV until almost 1984. It was Jim Crow era 20 years before that.” Kabango says the discrimination within mainstream radio doesn’t come as a shock, even in 2015: “I’m disappointed when I hear it, but not at all surprised.” To put it plainly: editing out rap verses is just another way radio underserves rap music’s artists and fans.

“There’s hardly any hip-hop songs on the radio, anyway,” says Halifax-based promoter and manager Kayla Borden. “I find it’s hard to find a black person that represents hip-hop on the radio.”

“There are a lot of artists out there doing things and they don’t get a lot of play,” Borden says. “Nothing has changed. They’re not doing anything to make the radio popping.

“The only radio that really plays hip-hop is 88.1 [CKDU], and that’s when some people put on their shows...other than that, we don’t really have any.” Mike McGuire agrees rap-free edits are about more than vague audience preferences.

“When you’ve got a pop song on [the radio] and the hip-hop verse is taken out, you have to wonder, ‘Why is this way of expressing an idea OK, and this one isn’t?’” he asks. “And especially when it’s not necessarily a language thing—the rap stuff just gets cut out. You have to wonder where peoples’ heads are with that.”

McGuire doesn’t blame rap-free radio solely on racism, but he does point out a troubling comparison to the widely accepted hair metal genre that provided the backbone for pop radio stations some 30 years ago.

“We went though the ’80s with hair metal bands who were as misogynistic and homophobic as anything hip-hop ever produced,” he says. “There have been these patterns over the years where, you know, white artists can get away with saying things differently—they get a little leeway, it seems. There’s not as much moral panic involved, so it definitely feels like there’s a double standard.”

According to the Canadian Broadcast Standards Council, Canadian radio needs to be of a “high standard” to be played.

“When it comes down to radio, ultimately, what we’ve said is that during daytime and early evening hours, there is some language that is generally not accepted for broadcast,” says CBSC executive director John MacNab. “The F-word, for example—we’ve got a string of decisions that say you can’t broadcast that during the day.”

This issue isn’t about censoring bad words, though. Rap verses are cut from many of today’s pop songs when there’s no obvious need for radio policing, and MacNab doesn’t really have an explanation for why.

“I mean, if it’s not editing out problematic language, I truly don’t know why they would do it,” he says. “That’s the only reason I can think of.”

The answer, says Rich Terfry, is a business formula that ironically puts the music fans at the bottom of the equation. “What I’ve seen as a person on the inside, unfortunately, the person who seems like they’d be the ultimate target kind of matters least,” he says. “The fan is the person who matters least.”

The Mount Uniacke native and host of CBC Radio 2’s Drive is a radio veteran on both sides of the console, performing as rapper Buck 65 and spinning tracks as a former DJ with CKDU. The radio business, Terfry says, is just that—a business.

“Because it’s all about the big numbers, and when you want big numbers, you need to cater to that average guy sitting on the bus—probably a great person and probably has all sorts of great convictions and is probably a great parent, but not a cool person,” he says. “They’re not cool. So that’s just like, the shitty reality.”

Along with catering to the masses’ musical tastes on a daily basis, the fierce world of radio—like most businesses—aims to keep their target demographic coming back for more. On the whole, that target demographic is unfortunately not made up of people who know or care all that much about music.

“A lot of people don’t spend money on music at all,” says Terfry. “The testing shows the average Joe doesn’t care about music. They don’t go out and buy it, and that’s the person you’re trying to please.”

Stations will point to the labels who produce different versions of the same song, but that’s a closed loop. The labels create the tracks so their artists get more play. For plenty of musical talents who aren’t Taylor Swift, getting on the radio is still an important step. Radio edits are just what you do to get some play. The tradeoff is sacrificing your some of your art.

“How can someone be themselves if they can’t portray themselves?” asks Kayla Borden. “That’s the same with radio as well. It’s not representing the artist as their self. They have to hide themselves to get a certain audience.”

Borden says she sends RealEyez’ songs to CKDU, but other stations are more obviously interested in watered-down track edits. “It actually breaks the person’s project into pieces,” she says. “You’re tearing down my project to make it more fit for other audiences.”

Cam Smith is another rap artist from Halifax, but getting cut out of radio play isn’t something he’s encountered. 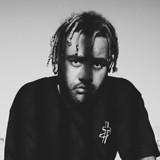 “I actually haven’t run into this problem that often,” he says. “Most rappers—including myself—kind of see radio as dead.”

The digital age, for Smith, lends itself to more musical freedom. Stacked against Top 40 radio, the airwaves just seem archaic. “The internet dictates the culture, so I’ve never tried to hard to conform to the ‘radio’ sound or criteria,” Smith says.

If anything, the new digital marketplace makes radio edits seem even more obsolete. It’s easier than ever to listen to the version of the song you want. Streaming services, self-made internet playlists and music podcasts could all prove the radio industry’s death knell. “There won’t really be a need for tastemakers beyond us just being our own tastemaker all the time,” predicts Terfry. “And as a person who, right now, is relying on radio for their paycheque, obviously this is something I think about all the time.”

When it comes to reaching new fans, radio can still be important, says Borden.

“There could be someone driving somewhere just listening to this stuff and they want to check something different out,” she says. “If they gave people the chance to really express themselves, I think we’d get more people on the radio.”

Chopping out rap verses is probably a drop in the bucket when it comes to the dreary future of commercial radio, but it’s also symptomatic of the music industry’s larger problems. Labels water down their product to appeal to wider tastes, and radio stations fight over a shrinking market who would rather be listening to Spotify. It shouldn’t be a surprise that scrambling exposes some underlying, and very direct, forms of racism.

That doesn’t mean the practice should continue. If stations continue to censor that which needs no censoring, then listeners will continue to take their audio experience elsewhere.

Hillary Windsor is a freelance writer and a former radio reporter in Halifax. She heard a DMX song in Grade Four and never looked back. With files from Jacob Boon.

Shakespeare By The Sea returns this weekend
Top Stories