Lock(e) up your Reese's products, comedian Chris Locke is rolling in 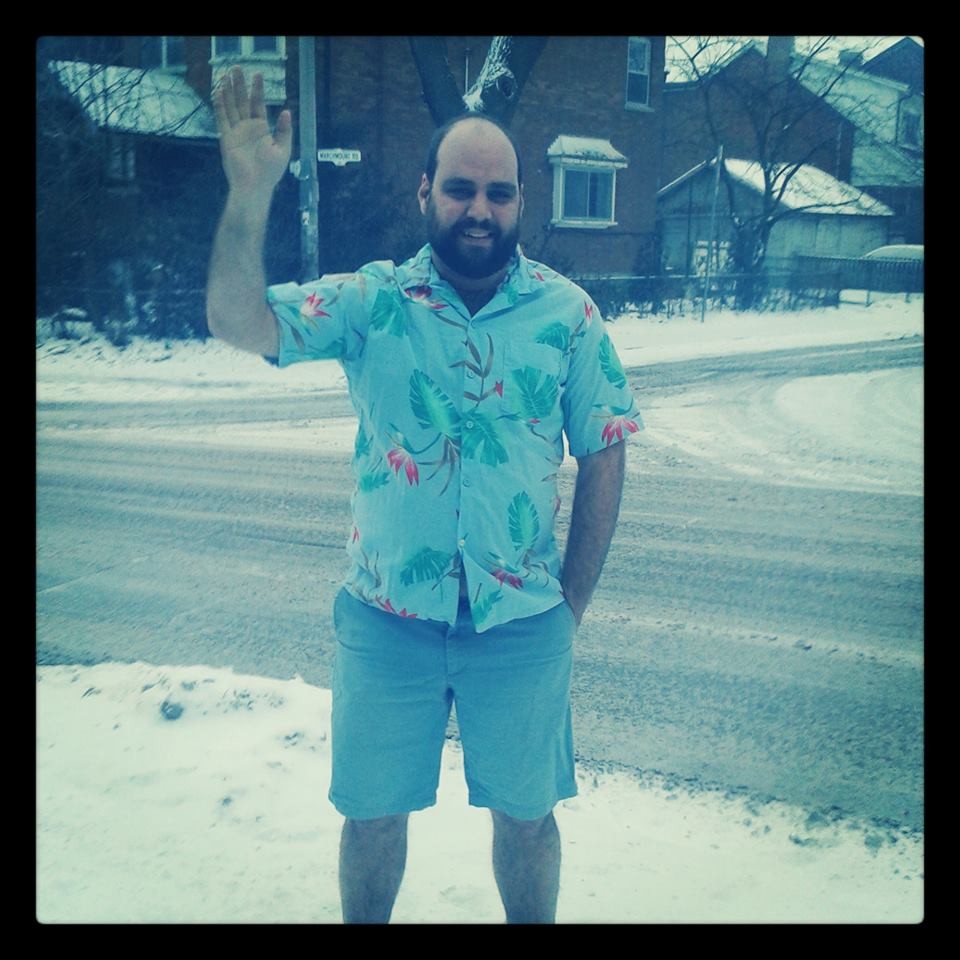 "If my style of comedy was on a T-shirt, it would be one of those 'I Survived a Shark Attack’ shirts that look like you really did just survive a shark attack," says Toronto's Chris Locke. The frequent Comedy Network comedian and actor returns to Halifax for Warm Soda at The Company House on Tuesday February 11 ($7, 8:30pm), joined by locals Cheryl Hann, Paul Doucette, Everardo Ramirez and more.

A member of Laugh Sabbath, Toronto's popular comedy crew that appeared at Halifax Pop Explosion last fall, Locke has been working sketch since 2000 and stand-up since 2007.

"I'm always inspired by the comedians of Laugh Sabbath, they are my best friends." Locke says of the collective's advantages: "It's a group of like-minded comedians that bring something unique to comedy, a very conducive environment for honing your natural performer instincts."  Developing his stage skills with the group has led to his first comedy album, The World is Embarrassing, recorded in December at The Ossington in Toronto and released on February 1. "I did two sold-out shows back to back and it felt like a comedy party," says Locke, "The album is all jokes but it also captured the exact vibe I was looking for, too. That's what I like. I wanted it to sound like the super fun vibe on Richard Pryor's Craps (After Hours) album. That was my favourite growing up."

Even as a young buck, it seems Locke's always been a good time. "I went to Dalhousie for one drunken year in 1998-1999," he says, noting that he didn't come back again until 2008 to work on a project with Nathan Fielder. It was a harsh trip down memory lane. "I saw images of 20-year-old me on mushrooms, drinking beers on Citadel Hill, wearing the biggest, most humiliating Aladdin-like raver pants I've ever owned," he says. Even still, he always jumps at the chance to come here.

"Halifax rules, I love it. There are great comics doing the Yuk's gigs, the indie stuff, Gus' Pub, all of it. I think you guys have a killer scene and I'm excited to do the show," he says.

Be ready to laugh. Locke's jokes range from the acutely observational to the astutely self-deprecating, touching on topics like balding, farts and some hilarious bits on sweet and salty treats. "If you have a bag of Lay's Sour Cream and Onion Ruffles, I will bother you," he says of his favourite snacks, "Anything Reese makes, I'm like 'YES MASTER,' and now they sell the McDonald's Double Cheeseburger for literally a pittance, so I sneak a couple of those in every now and then."