Christy Ann Conlin makes a spirited return with The Memento

Haunting story is her first novel since Heave, 14 years ago. 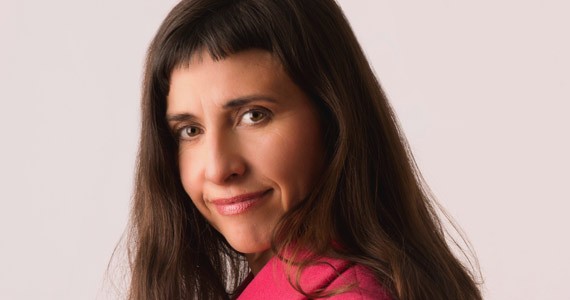 "It's hard to believe this author is just beginning," wrote Michelle Berry in her four-star review of Heave, the debut novel by Christy Ann Conlin, in the Globe and Mail. "I can't wait to see what she accomplishes next." Publish date: January 26, 2002.

Fourteen years, a move from the north end to the Annapolis Valley, a family, a young adult novel, a CBC radio show and—oh yeah—a dozen drafts later, Conlin has finally returned with her newest accomplishment, The Memento. Set in a place much like the rural area in which she lives, it follows Fancy Mosher, a minor character in Heave, through a pair of summers decades apart at a still-grand but decaying old house called Petal's End. (See review.)

Being asked about her next book for more than a decade "made me want to put rocks in my pocket and walk into the river like Virginia Woolf," says Conlin, exuberant over the phone from her home in Wolfville. "The reality is you still have to hustle," she says of post-Heave success. "It was really overwhelming, trying to write a book when you're promoting a book. It was hard to find the landscape of my creative mind again."

So Conlin lived her life teaching writing, parenting—her partner is Andy Brown, publisher at Conundrum Press—and dealing with her father's Alzheimer's diagnosis, but Fancy Mosher, the scrappy storyteller, managed to stick with her. "She's a salt-of-the-earth, solid character I found intriguing that came from poverty and many challenges. She was so young and so wise," says Conlin. "I found her very captivating. I found her beguiling, and I wondered where did this character come from who tells stories on a hot summer day in the shadows. She was very in my head—I felt like I was in 'The Raven' or something."

Conlin has built a dense, intricate world around Fancy, weaving economic, feminist, spiritual and family threads across sharply realized characters, dipping in and out of genre and time in a gripping way that sneaks up on you. "I wanted it to be Jane Austen meets David Lynch," she says. "Downton Abbey meets Edgar Allan Poe."

Her next next book will be connected to Heave and The Memento: "The world of these linked books is very much like Faulkner, the same thing with Flannery O'Connor and Alistair MacLeod," she says. It's called The Flying Squirrel Sermon. Publish date: TBD.

This summer, as at Wednesday night's reading at The Company House, her focus remains on The Memento. "It's a real anti-climax when you get mailed a book, and it's beautiful and magnificent. And it's a little block of paper. And I think, 'I worked so hard for 14 years and I should have a castle!'" she says. "But it's a piece of art you put out into the world. It's a life and a death at the same time."