The Cirque du Soleil acrobatics director gives the lowdown on life under the bigtop. 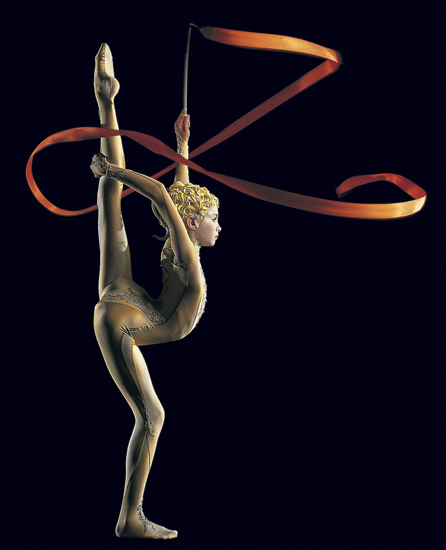 When racing greyhounds retire, they have to be retrained for life off the track. When athletes—-gymnasts, tumblers, divers, synchronized swimmers—-leave competition for a life in the circus, they also have to be reprogrammed. And that, in part, is Boris Verkhovsky’s job. As Cirque du Soleil’s acrobatic performance and coaching director, he’s responsible for 700 to 800 acrobats, out of 1,200 artists working for the circus worldwide.

A grad of the Institute of Physical and Sports Culture in Minsk, Belarus, and a coach for the national acrobatics team in the former Soviet Union, Verkhovsky was initially hired in 1993 as a consultant. Up until this year, he took care of all the acrobats, but with 17 shows on five continents, the challenge became physically impossible for one person. Now, he says his role is narrowed to developing performances for new shows.

Verkhovsky is in town for Cirque’s Alegría (Spanish for jubilation), on now at the Metro Centre. While six of the nine Cirque shows happening in the world are under travelling tents (“our little city,” as Verkhovsky refers to them), the auditorium shows still sparkle with Soleil signature charm: elaborate sets, grand musical compositions, exquisite bodies dressed in exquisite costumes and daring acrobatics that will have you praying for solid ground.

Almost 80 percent of the acrobats, says Verkhovsky, arrive through amateur sport. Others come from the stage or circus schools. General auditions happen around the world each year, run by a casting department of 60 people. Verkhovsky says that many candidates arrive through a virtual scouting process through their website. But just because you’re a top tumbler, doesn’t mean you’re Cirque material.

“When you look at people coming from sports, they are individual sports, like gymnastics. Being a trampolinist, you’re used to performing by yourself. The notion of being a team is quite abstract. When you come to Cirque du Soleil, you have to learn how to be part of a team, to work with a partner,” he says.

Verkhovsky gives the example of a gymnast on a balance beam. “You have a piece of equipment that’s always the same and you do what’s necessary for the balancing. In Alegría, there is an act we call Russian Bar, where two porters will be carrying basically a pole vault, which you could think of as a balance beam that a performer would stand on, but then they flex it and put the flyer up in the air. The flyer performs complicated routines and lands back on it. If I was to apply the same logic, if I was to apply a gymnastics attitude—-it doesn’t work because I have two porters that are responsible for the balance. To surrender to them, psychologically, is very difficult. But if you don’t surrender to them, it’s like a car with two steering wheels and two drivers trying to drive. It becomes a nightmare.”

Also tough is going from performing a handful of times a year in competition to eight to 10 times a week. “They have to learn to pace themselves, set performance targets that are reasonable and yet exciting to the public.” And, of course, there’s the artistic side: athletes can’t go into the “zone,” they must be present and ready to interact with audiences.

Statistically, a Cirque acrobatics career can last anywhere from 12 to 15 years. The cast of Alegría is fairly young, but Verkhovsky mentions that one of the show’s characters is a former acrobat who was doing high-calibre acrobatics into his mid-40s. “I think what impacts it is a decision,” says Verkhovsky. “Some people will perform one, two, three terms of the contract and then move on to other things. But some people will make a decision that this is their profession. Not what they do, a profession. It’s their lifestyle.

Running away with the circus? It’s very true. A lot of people don’t know what they’re getting in to, but they fall in love with it.”