City plans to make an online registry of landlords

The move is will make it easier for renters to make an informed choice, if renters ever have a choice 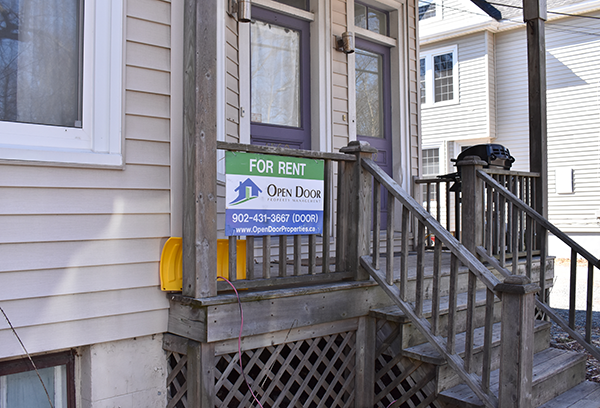 H alifax city council is preparing to create a mandatory registry for rental properties in Halifax that will show you their basic information and by-law violation record. An amendment to by-law M-200 was approved Tuesday to increase compliance with new standards.

Almost three years ago, M-200 was passed to redefine standards for rental properties. On Tuesday, council voted to open a registry that would require building owners to make public information about fire escapes, accessibility and contact info for building owners. More importantly, the registry would also list a history of code violations for each property. If it is adopted, future Halifax renters will be able to check a website to see how reputable their potential home is.

Kait Fralic is a communications officer who has lived in five apartments over the last 10 years. Though her current north end apartment is great, and her landlord is "just a text away," she would have loved access to a rental registry when before she moved into her previous flat. The south end apartment was "definitely a nightmare," she says. "It was overpriced and the place was just disgusting." She might have had mould, and certainly had mice. "The original contact moved or something, and no notice was sent out...It wasn't until a few months later that someone was on the property that we finally figured out that there was a new contact."

Fralic doesn't plan to move, but says the resource would be great for potential renters. "If the person renting [out] a property isn't taking that initiative to be on that registry, that would be a huge red flag," she says.

The legislation will allow third-party complaints to prompt inspections, meaning a tenant can complain anonymously about their situation without worrying their landlord will kick them out.

Council voted 11-4 to pass the amendment that opens the door for the registry. One change from current legislation is that buildings with three units or less would be subject to the new rules. If you've got an in-law suite or a room to sublet, you'll have to register too.How this by-law might interact with proposed provincial legislation regulating Airbnb rentals was not discussed. Some councillors were concerned shady landlords who don't follow the old rules won't be compelled to follow the new ones. "To me it seems like it would be better money spent to start a database of the bad guys," said councillor Matt Whitman. Stephen Adams didn't think non-compliant landlords would feel compelled to register.

Plans for the registry will be considered by council before it becomes official.