Classified performs on the MMVAs tonight 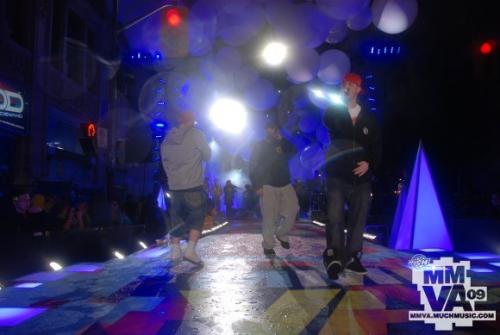 Classified will appear on the MuchMusic Video Awards tonight with much of the crew who appeared at his Palace show on June 5. In addition to the regs—DJ IV, Chad Hatcher, brothers Mic and Jake Boyd—Class has recruited drummer Sean MacGillivray, violinist Kinley Dowling and, on horns, Davids Myles and Christensen to perform his single "Anybody Listening." The MMVAs air at 10pm on MuchMusic. The video for the Phil Collins-sampling track is up for Hip-Hop Video, Director (Harv Glazer) and Post-Production of the Year. (Also appearing: S+H idol Kelly Clarkson.)