In the wake of a third report detailing sexual abuse in the Shambhala community, senior leaders question the investigations by Andrea Winn and Carol Merchasin. 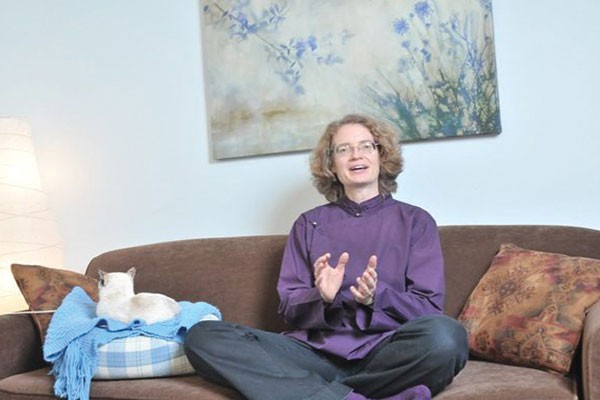 Senior Shambhala leaders are now speaking out against Buddhist Project Sunshine and the multiple reports of sexual abuse that have been published over the past several months.

The third report in that series of grassroots investigations, which documents several allegations of sexual assault over a period of decades, arrived on August 23 in a blaze of named-names and official denials.

As reported earlier in The Coast, the phase three report includes startling allegations from a woman called “Ann,” who says she was sexually assaulted by Osel Mukpo—known as Sakyong Mipham Rinpoche—while members of his inner circle were present.

While investigator Carol Merchasin did not attach any names to allegations she could not corroborate, the report’s author, Andrea Winn, did. The third report contains the names of those who are alleged to have committed assaults, including the men Ann were in the room on two occasions when she was assaulted.

The naming of names was quick to shake loose a denial from the Kalapa council—Shambhala’s governing body—which stepped down in July but is still involved while a transition team works to assemble a new board.

“We want to be clear to you, our community, that based on the information provided, Shambhala, the Sakyong and the four board members named in these allegations categorically deny the substance of the allegations, which are not only but are each based on speculative and unsubstantiated claims,” says the statement, which is signed by council members and issued by Hiltzik Strategies, the PR firm representing Shambhala International.

No one from the Kalapa council was available to take questions on the emailed statement.

This is the first denial from the or the Kalapa council of any of the allegations in the Buddhist Project Sunshine reports, and it stands in contrast to Mukpo’s earlier apologies for his actions to individual survivors and to the community at large.

Mukpo has now engaged a criminal defence lawyer, Michael Scott at Patterson Law in Halifax. Scott has not responded to requests for comment on behalf of his client.

Meanwhile, some Shambhala community members are also speaking out against the investigation.

A core member of the staff from 2005, who has asked for anonymity, says on Facebook that his experience with Carol Merchasin during her investigation was “professional,” she should have asked him about the allegations of sexual assault.

Instead, Merchasin asked about a conversation he potentially had with Ann following one of the alleged assaults. Ann remembered having a conversation with the man in question after the assault, but she didn’t mention him as someone who could corroborate the assault itself.

The man told Merchasin the conversation never happened. Merchasin says she rushed to include the man’s evidence in the latest BPS and vetted the published comments with him before the third report was released.

Once the report came out, the man says he felt “obligated to communicate the truth.”

His Facebook post says that the allegations in the report are “demonstrably, totally, almost comically false.” In an email to The Coast, the man also says he was “disappointed” to have only been asked about the conversation with Ann, and not the allegations of sexual assault.

“I have no interest in defending the Sakyong for the sake of defending him; I am in no position to dispute allegations for which I was not present and I am inclined to believe reports of claimants as a matter of course,” he told The Coast. “But in this particular case, I have direct knowledge that certain specific events did not happen, and it felt like I was in a unique position to correct what I know to be inaccurate information.”

Carol Merchasin says she’s been clear from the beginning that her investigations are preliminary.

“Investigations are rarely linear. There is a lot of circling back,” Merchasin says. “One of the purposes of doing this publicly was to give everyone an opportunity to then come forward and say I know something that I want to share.”

Selina Bath at Wickwire Holm will presumably have more access to Mukpo’s inner circle—access that was expressly denied Merchasin herself—as the Halifax law firm continues its third-party investigation into the BPS findings.

Wickwire Holm is conducting the investigation with Shambhala USA as its client. Bath and her investigators will report directly to Alex Halpern, who has been Shambhala’s lawyer since 1990 and also represents Mukpo’s father in law.