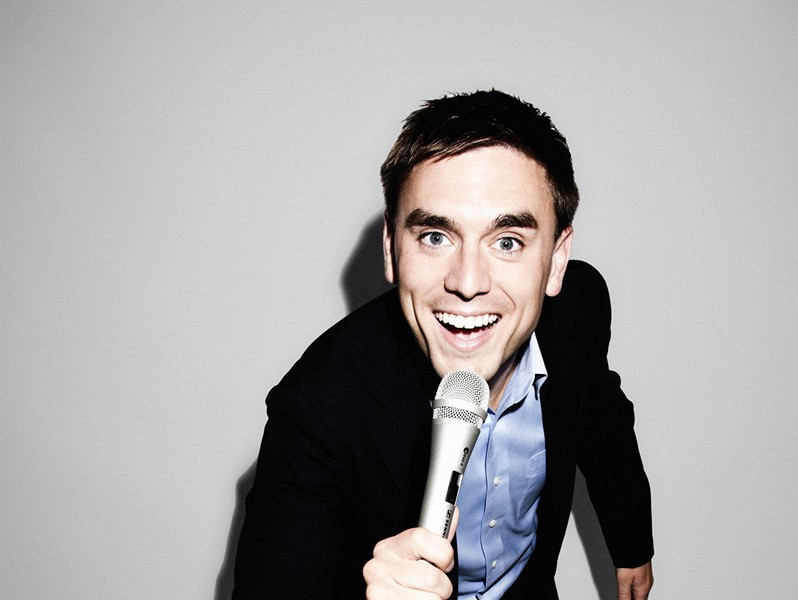 Comedy Bootcamp finalist Martin Edwards is no stranger to the stage.

Edwards, who is a dad, husband, full-time cafe manager and now part-time comedian used to rock the stage whilst performing as a singer/songwriter and guitarist with band Darby Hall.

But just like all things that come to an end, that all changed when Edwards, originally from Sydney Mines, Cape Breton, turned 30.

“When I turned 30 it just became to tricky to do,” he says. “It’s so hard to organize four people to do anything and bring instruments and learn songs.”

It was at that point that Edwards turned to stand up comedy and began to familiarize himself with the open mic night scene around Halifax .

Unlike playing in a band he says, “You don’t even have to bring the mic or anything you just have to show up and bring a little piece of paper with you or your phone so that really appealed to me.”

Fast forward to four years, Edwards is one of Halifax’s four finalist in this years Comedy Bootcamp competition. It hasn’t been easy getting to this point and Edwards jokes this year is his turn.

“I would like to be able to come home to my wife and say I won. I want to have a good video of myself so I can see what I do best and perfect my vocal delivery and stage presence,” he says.

After falling short of votes to become a finalist in last year's contest he was motivated more than ever to make it this year. “You just have to be on that everyday and just try to say something funny instead of begging people to vote every single day,” he says.

Above all, Comedy Bootcamp gives amateur comics a chance to work with seasoned British comedian James Mullinger, who currently resides in New Brunswick. “It’s giving people a chance to ask those questions and get that advice. I mean the main piece of advice I would give is to get on stage as often as you can,” Mullinger says.

Comedy Bootcamp, now in season two, was spearheaded by Mullinger in collaboration with Bell Aliant. “I conceived the TV show to give Atlantic Canadian comedians the opportunities that they deserve," says Mullinger. "I want to help them and stop them from making all the mistakes I did when I was starting out.”