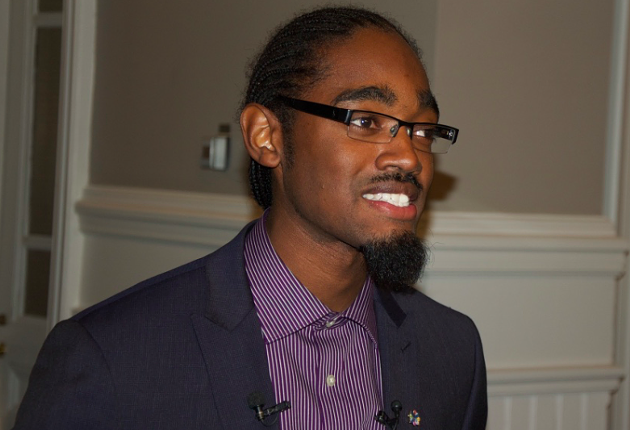 THE COAST
Lindell Smith, speaking to reporters on Tuesday at City Hall.

The municipality’s latest homicide has left the councillor for Halifax Peninsula North saddened and offering his condolences to all those impacted by HRM’s continuing gun crime.

Lindell Smith warned those in attendance at Tuesday’s meeting of Regional Council that he might be “a little off” due to Monday night’s shooting death on Gottingen Street.

“We’re going through a tough time in the city, in this community,” Smith later told reporters. “It’s hard to see community members suffering, parents burying young guys…As government officials, we need to rally each other and say, ‘How do we support what the community wants?’ But that’s a really hard one to answer.”

Tyler Keizer, 22, was shot inside a car at the corner of Gottingen and Falkland Street late Monday night, later dying in hospital. Halifax police have ruled the death a homicide.

The councillor said he has a number of ideas for how HRM’s government can try to alleviate the increasing gun crime—but is waiting to speak with area residents before putting anything forward officially.

“I’m confident that once we really let the community lead, we’ll be able to make some ground.”

Keizer’s death is the twelfth homicide so far this year in HRM, and the third in the last 10 days. Shakur Oshay Trevez Jefferies, 21 was killed on Washmill Lake Drive on November 12. Two days later, Terrance Patrick Izzard, 54, was shot and killed on Cragg Street, just a couple blocks away from where Keizer was found this week.

Smith, who grew up in the Gottingen area, says he didn’t know Izzard personally, but that knew of his reputation as a guiding force for young people in the community who was “loved by people of all ages.

“He was a guy who didn’t bother anybody,” said Smith. “There are people who, he was their support person, or just that place they knew they could go and be around somebody. Now that he’s gone, I feel like some people are a little lost.”

Smith advised anyone affected by the violence to take advantage of community health and trauma resources, and not be afraid to ask for help.

“We’re all here and we’re all dealing with it, but as a kid you sometimes get very conditioned to what’s happening and you lose the reality of it,” said Smith. “Don’t be afraid to say, ‘I’m having a bad day.’ Just what I said to council, that today I’ll be a little off. I think it’s important that we recognize those things.”