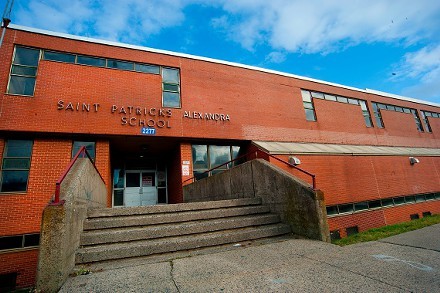 It’s round two for three non-profits given a second chance. Tuesday was the deadline for the groups to submit a proposal for the former St. Pat’s-Alexandra school property.

About 30 people attended a meeting last week to hear about the bid. If council votes in favour of the proposal, the building would become a hub for community programs, the non-profits said at the meeting. The groups, now calling themselves the North Central Community Council, have a five-year business plan, and want to build a low-income and market-rate housing development on the property.

Mi’kmaq elder Tom Christmas said at the meeting he didn’t agree with the proposal the first time because the three groups weren’t working together, but now that there was collaboration, he had changed his mind.

Two years ago, the city ranked the groups’ separate bids for the property against for-profit proponents on a scale that gave points according to financial offer. The non-profits lost. But a Supreme Court judge ruled the city didn’t follow its own rules and ordered HRM to re-offer the property to any interested non-profits.

Their second chance is different, for a few reasons. This time the groups held community consultations and organized the bid together. And this time MLA Maureen MacDonald arranged for the previous NDP government to give the groups $50,000 to hire a consultant.

Last time, pastor Rhonda Britton of the Richard Preston Centre for Excellence did not find out about the RFP until after the deadline had passed, so she asked for the deadline to be extended. The North End Community Health Centre meanwhile did not submit a bid, and instead asked the city to subdivide the property and have the winning proponent sell them the school building for $1. At the time the NECHC wrote in their proposal that they had “no fiscally responsible option for submitting a proposal for the site.”

This time it appears they do. “We’re not about to do something we can’t afford,” Mi’kmaq Friendship Centre director Pam Glode-Desrochers said at the meeting.

However, the groups were deliberately vague about their business plan. Britton said the NCCC would not release the plan until HRM sees it. Nothing in HRM’s call for submissions prevents the groups from speaking publicly about any aspect of their proposal.

“We don’t want to transgress in any way in case we are disqualified,” NECHC director Margaret Casey said. Grounds for disqualification include attempting to contact any member of council, staff or the evaluation team in relation to the application.

Another concern is how the proposal will be evaluated. Last time, city staff used the wrong scoring system. This time the NCCC is worried the scoring is too subjective. "It is almost purely subjective,” Britton says. “This has been a concern since the beginning.”

The criteria are content compliance, viability, compensation and benefit to the municipality. “The evaluation will be qualitative in nature and there will be no scores or weighting assigned,” the call for submissions states.

To be successful, two-thirds of council must vote in favour of the proposal.

The proposal could also be derailed by JONO Developments’ appeal of the Supreme Court decision that gave the groups another shot. The appeal goes to court in May.

Joe Metlege of JONO Developments says he offered the groups an acre of land on the nearly four-acre property, including part of the school and the community garden, but they declined. Casey couldn’t recall the details, but said the deal didn’t meet NCCC’s needs.

It would be a shame if the diverse, historic population were to move out due to encroaching development in the neighbourhood, Casey said after the meeting. “This proposal will hopefully prevent that.”