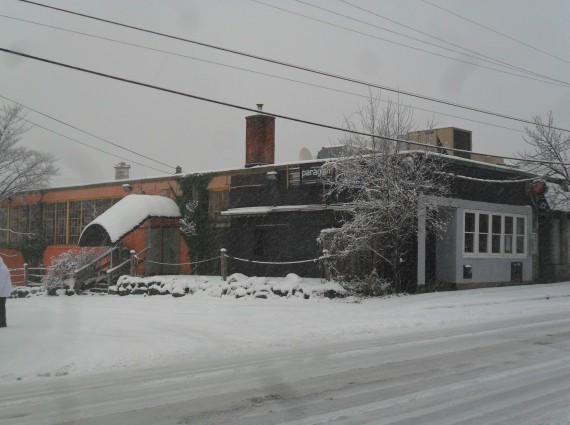 Some north enders received a note in mail last week urging them to “maintain the integrity” of the neighborhood by signing a petition to reject Reflections’ application for cabaret license on Gottingen Street. The bar is applying for the license as part of their move to the old Marquee location, after their Sackville Street spot was slated to be razed for condos.

The anti-Reflections petition offers up a number of assertions; the unnamed author argues that increased foot traffic in the residential area will be “loud and potentially destructive” and that revellers wishing to carry on with their Bacchanalia after other bars close at 2am “will always” flock to cabarets -- the worst of whom lurk between the hours of 2am and 4am, mischievously breaking bottles and taking leaks. Additional claims are that Falkland Street Condo residents wouldn’t be able to handle the music, property values would depreciate and tax money would be wasted on all the sleepyheads dialing the police.

“We can’t go too far away. The city loses it’s character if we don’t have entertainment somewhere in the city,” says Schmid, “There’s not much point in living in Halifax if all that’s down there is a bunch of condos and there’s nothing to do and nowhere to go.”

He’s met with sound technicians to ensure the music is kept to a dull roar and argues that the move will bring increased safety to that end of the strip that’s largely deserted at night.

Schmid finds it frustrating that there weren’t complaints about the two previous bars at the site---The Marquee and The Paragon---but now there’s a curious uprising against Reflections from the newly built condo across the street.

But the Falkland Street Condo Resistance is going strong with 56 signatures as of Tuesday. Music promoter, Tiffany Spencer, started a counter-petition that advocates for Reflections’ move standing up for the city’s depleting music venues. On Tuesday, that petition had 500 signatures.

The argument that the area is residential doesn’t fly, says Schmid, saying it’s always been a commercial street.

“If you want to live downtown there is going to be a certain level of noise versus living outside the city,” he says.  “I want to run a nightclub that does good things for Gottingen Street whether you live there or work there. I think if everybody works together, rather than try to oppose each other, we can make that happen.” The Utility and Review Board will have a public meeting to address the issue on November 29. See the anti-Reflections petition via thecoast.ca/ReflectionsNo, and the pro-Reflections petition via thecoast.ca/ReflectionsYes.