Yesterday, the three finalists for the largest annual award to any work of art in Nova Scotia—the Lieutenant Governor of Nova Scotia Masterworks Arts Award—were announced. The award was established by the Honourable Myra Freeman in 2005, and is meant to recognize "the excellence of a particular work of art or design from any media." A jury of  five multidisciplinary Nova Scotian artists worked at arm’s-length from the Nova Scotia Masterworks Awards Foundation to select the short-listed works. The juror identities will be revealed once the winner is announced.

The finalists, Donna Morrissey's novel The Deception of Livvy Higgs, Dinuk Wijeratne's composition Polyphonic Lively and Ashley McKenzie's film Werewolf, will receive a $3000 prize for being shortlisted, and one winner announced at this fall's Creative Nova Scotia Gala will win the grand prize of $22,000. There is a panel discussion open to the public about the works at the Maritime Museum of the Atlantic on September 18.

Descriptions of the finalists (provided by NS Masterworks) are below: 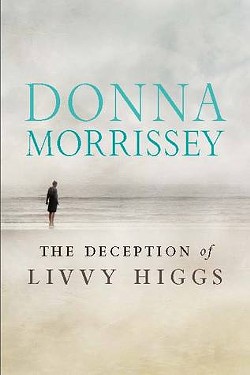 The Deception of Livvy Higgs
Creator: Donna Morrissey (writer).
Nominator: Diane Turbide.
The Deception of Livvy Higgs is “well-written, poetic, lyrical,” exclaims the jury. Raised in Newfoundland and now living in Nova Scotia, Donna Morrissey has written five well-received novels. This one is narrated in the first person by an elderly woman who struggles to keep her troubled past from intruding into the present. The story, set partly in World War II-era Halifax, slips seamlessly between the past and the present, with the “disturbing intimacy of a séance.” The story has been described as “haunting...in its portrait of two unforgettable women—Livvy and Gen—whose fates are entwined by a violent act.”

Polyphonic Lively
Creator: Dinuk Wijeratne (composer).
Nominator: Christos Hatzis.
The jury knew the power and complexity of Polyphonic Lively when they heard it. Polyphonic Lively “is terrific in a visceral way.” This 13-minute large ensemble composition was commissioned by Symphony Nova Scotia to open the orchestra’s 2016-17 season. Wijeratne is “masterful in his art,” integrating an array of multicultural influences, and his incorporation of North-Indian tabla chakradhar rhythms is particularly ingenious. The piece was rapturously received by Nova Scotian audiences upon its world premiere, and praised again at the Newfound Music Festival at Memorial University. The Sri-Lankan-born Dinuk Wijeratne lives in Nova Scotia, and is the Creator of three previous Masterworks Finalists.

Werewolf
Creators: Ashley McKenzie (director) and Nelson MacDonald (producer).
Nominator: Cory Bowles.
The jury praised the “dark, sparse, and harsh,” aesthetic of Werewolf, and the talent of its director. The fiction feature film Werewolf is about two young methadone addicts in Cape Breton. They push a lawnmower door to door, begging to cut grass for a living. One struggles to escape while the other falls further into ruin. The film is notable for its non-professional cast and stylized visual presentation. Directed by McKenzie and produced by MacDonald as their first-time feature, the film has already won several awards at Canadian film festivals. The Nova Scotian director and producer have previously made several short films together.