The "not our jurisdiction" no longer flies with Halifax residents and it's bringing about change.

Unable to set rent controls or force developers to make sure a certain  proportion of units in a building are affordable—because these are provincial jurisdiction—Halifax Regional Council has gotten creative to try and make things a little bit better for the folks in this city who don't own their own home.

At this week's council meeting, an extra-long two-day session that was the last meet until after the October 17 municipal elections, council passed: a grant program for non-profits working to build affordable housing; a registry of landlords; and steps towards Airbnb regulation. These are three moves towards improving Halifax's housing crisis.

For the grant program, council gave the green light to setting up a reserve account for incentive or bonus zoning It will allow council to take money that developers give "in lieu" of providing public benefit, and put it towards grants for affordable housing.

The incentive or bonus zoning was set up out of the Centre Plan, allowing developers to build their buildings a bit taller than normally allowed, in exchange for giving a "public benefit." These kinds of things are considered public benefits:

Or, instead of actual building the beneficial thing, developers can pay "money-in-lieu," giving the city what it would have cost to build the thing. This is where the reserve account comes in. Staff recommended capping the reserve at $20 million, meant to be an incentive to get the money in from developers and then quickly get it out to non-profits in the community.

Councillor Lindell Smith asked if the process to give out the grants could be expanded so there's more opportunity for the public to know about who is getting the money and how those decisions are being made, but staff said it's set up the way it is now in order to make the process as fast and simple as possible.

Councillors also wondered why the money couldn't be spent by non-profits to buy land—as of right now it's just to renovate or build affordable units. Staff say this issue will be addressed when Centre Plan Package B returns to council. (It's been delayed so far due to COVID-19.)

With that account in place, the hope is that non-profits working on housing in the city can soon get cash to start making moves to improve the dismal housing situation in Halifax. But it also exposes the divide in what "affordable housing" means, and who programs to address it are actually helping.

Hannah Wood is the Halifax Peninsula chair of ACORN—an independent organization and tenants' union of low- and moderate-income people fighting for affordable housing, a living wage and better communities across Nova Scotia. She thinks this plan could be better. "I don't like the idea of, give us money and we'll do the right thing with it at some point under our decision," she says. "That kind of sounds like just pushing the problem off instead of putting it back on developers where it belongs."

Money in the hands of non-profits will help organizations that provide subsidized units improve their standards (many of which are in very rough shape). But when asked in The Coast's live-reporting of the meeting what affordable housing means to them, many readers responded with needs that this program won't be able to address. 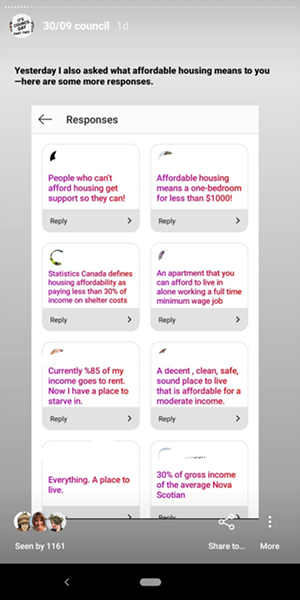 In another move to address the housing problem in Halifax, council gave first reading to updates to by-law M-200, a set of regulations around landlords. M-200 will see the creation of a registry for landlords; updated standards landlords must meet to be allowed to be landlords; a plan to share any violations of the by-law with the public; and make an educational package that'd be distributed to all renters in Halifax about the rules and what to do if they're not being followed.

The theory here is that if you know the landlord of a property has a bunch of violations or a bad reputation, maybe you won't rent that unit. Thanks to the public registry, a bad landlord could be sufficiently shunned that they have to change their ways to attract tenants. But that theory really only works if the vacancy rate changes in Halifax and tenants get more choices. In the current landlord's market where folks spend months looking for a place they can afford, renters are often forced to take whatever they can get—even if it sucks.

Wood says a registration system is really just a bare minimum, adding that allowing tenants to find out who their building is owned by is absolutely baseline of what we should expect. "Just having the rule is not going to be enough," she says.

She also said there should be anonymous reporting, as tenants who speak up against conditions are often at risk of being evicted—either by huge rent hikes or a sudden need for renovations in their unit.

And perhaps its most aggressive move towards fixing the affordable housing problem in Halifax was council approving the report that gets the city ready to regulate short-term rentals.

At this stage the plan is guided by a policy direction that came out of research from HRM staff—consisting of a survey, conversations with stakeholders, research studies and comment from short-term rental housing companies like Airbnb and VRBO.

1. Requiring all short-term rentals to register with the municipality. The province passed relatively loose regulation earlier this year which requires Airbnbs that aren't occupied by the owner to be registered. The city's plan will try and make sure folks don't have to register twice, and coordinate easily with the company the person or company is renting their units through. 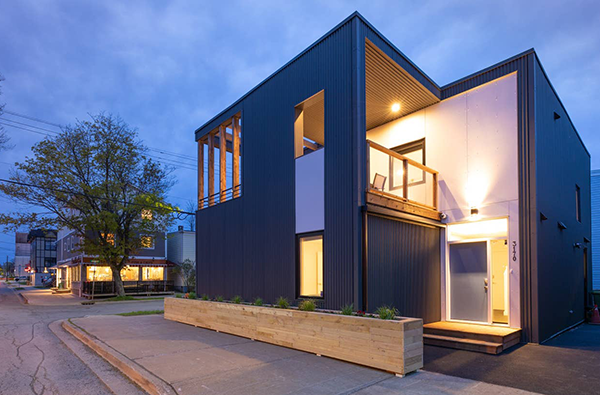 2. Continue to allow hotels and other forms of commercial overnight accommodations in commercial and mixed-use zones. This will see short-term rentals being used for commercial purposes classified as hotels, and therefore subject to the same requirements as hotels. This is to remove any financial incentive to scoop up housing stock and turn it into Airbnb ghost hotels.

3. Restrict short-term rentals to primary residences in residential zones. This will ensure housing stock isn't being lost to folks buying a secondary property just to Airbnb, as people will need to live on-site for at least half the year when it's used as a short-term rental space. This also means backyard suites or secondary (basement) suites are limited to the primary residents of those units.

4. Consider allowing exceptions to the primary residence rule within some rural areas, allowing cottages or investment properties in the name of supporting rural tourism and the notion that many cottages don't meet the "primary residence" requirement. But the report also flags that rental units in rural areas can be sparse, and more research will be needed to land on a plan for those areas.

This direction makes sense considering the answers to the community survey, where an overwhelming majority of respondents said short-term rentals negatively affected the availability of rental properties and the sense of community in a neighbourhood.

When councillors asked about how these rules are restricting the free market, staff said the main objective is to address the problems facing people who don't own homes—and don't have the opportunity to buy one anytime soon: "Our research showed that in a tight rental market, it does exacerbate the problem."

Deputy mayor Lisa Blackburn asked staff to ensure there are teeth applied to the enforcement part of these regulations, saying that cities like Charlottetown have seen success, but it's largely in part of the rules being enforceable and the enforcement being serious.

In a survey of Coast readers during the live reporting of this story, when asked who councillors should give more importance on this issue, 86 percent said renters over landlords and property owners.

When asked if people in HRM should be allowed to own secondary or more buildings and rent them out on Airbnb, where they make more money than they do with long-term rentals, the audience was divided—with 49 percent voting yes and 51 percent voting no.

HRM also voted to ask the province to change the rules so the city could apply a levy on the rentals, which would bring money into the municipality—much the same way it asked the province to do for transportation network companies like Uber and Lyft. The province made no public statement about this part of the regulations after announcing it'd bend its rules to make a new class of license as per Uber's request, but Megan Tonet, communications advisor with the Nova Scotia department of transportation and infrastructure renewal, said "The province has no plans to change legislation. A per-trip fee would increase costs and undue administrative burden on ride hailing companies. The goal of this regulation is to reduce red tape while maintaining safety." So if that's the precedent, it's unlikely this levy on short-term rentals will be approved.

Staff will now go and draft the regulations, consulting with the province and stakeholders. Members of the public who want their opinion to be heard on this subject should reach out to their councillor or members of the community planning and economic development standing committee, to share their thoughts while the rules are still being drafted.