Your professor is probably as scared of their grade, as you are of yours. 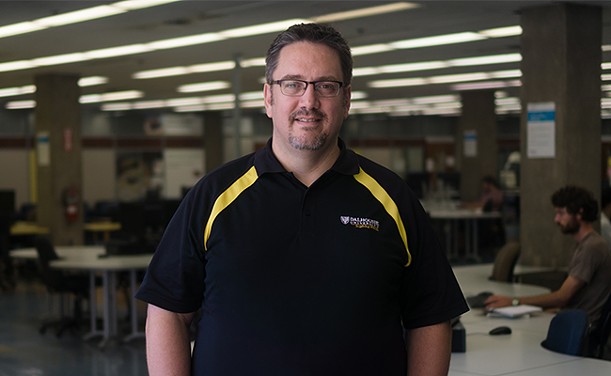 Every school is different. At Dalhousie, they’re SRIs—Student Ratings of Instruction. At Saint Mary’s, they’re ICEs—Instructor/Course Evaluations. Mount Saint Vincent is still old-school, using paper and pencil, while Dal switched to an online system six years ago (saving a million sheets of paper annually). But each university has the same goal: To get student feedback on class instruction.

Those students are probably more worried about the grades they’ll receive this year, than the rating they’ll give their instructors in return, but those evaluations play a vital part in improving how professors teach.

Brad Wuetherick is executive director of Dalhousie University’s Centre for Learning and Teaching. It’s under his jurisdiction to send out the school’s SRIs. Years ago, students didn’t play an active role in professor evaluation, says Wuetherick: “The reason we have mandatory evaluations is of student leaders, who argued over the years that the voice needs to be part of the evaluation of teaching.”

The forms aren’t mandatory, but students are given class time to complete them. According to Wuetherick, fewer than half of Dalhousie’s students are filling out their evaluations. He’s working with professors and the student union to improve those response rates.

“The more faculty can explain to students the value of getting feedback, the more likely the students are to actually fill out the forms,” he says.

The SRIs are just one component of evaluation—albeit an important one—according to MSVU’s dean of education Sal Badali. “Student evaluations are helpful in identifying teaching strengths and areas for improvement,” Badali says, “in identifying gaps between expectations of students and instructors.”

The evaluations are similar across institutions: MSVU asks 10 questions on a scale of one to five, Dal’s evaluations have eight questions and SMU’s have 29. They include categories like organization, fairness and feedback.

“The kind of standards that we would hope that instructors are able to demonstrate,” says Wuetherick.

The universities also all have sections for open comments. Professors at Dal and SMU can ask more than the standard questions if they choose.

“If a prof wanted specific feedback on something in the course, they can add questions on that,” Wuetherick says.

But why write evaluations in the first place?

“They’re used by individual faculty members to make improvements in teaching,” says Cale Loney, communications officer at SMU. “To assess their overall standing in comparison to other courses in the same faculty and at a similar level.”

Saint Mary’s takes a varied approach where professors self-reflect but are also subject to peer review. The ICEs are seen by the dean and department chair, as well as the University Review and Appointment Committees.

“The ICE and the suggested improvements can have an impact in tenure and promotion decisions,” Loney says.

At Dalhousie, only a select few lay eyes on the evaluations: The department head, the dean and the professor themselves—and all anonymously. Wuetherick says Dalhousie is working towards upgrading the evaluation process to a more holistic approach—one that will incorporate peer feedback on whether or not a course was serving the intended purpose of the program.

So this semester, remember: Your professor needs a good grade from you just as much as you need one from them.

Education Back to School University Education Teaching Back To School