An update on the beef between the NSLC and local brewers. 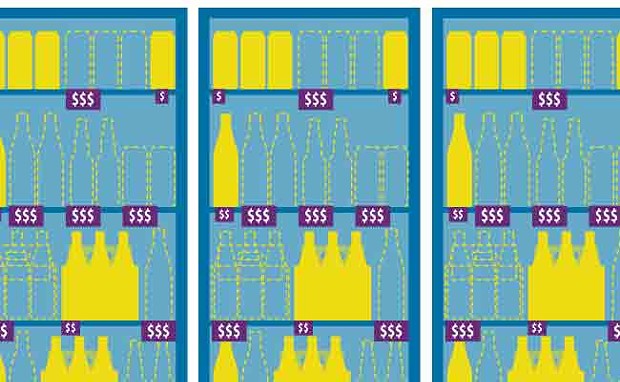 The NSLC and local craft beer are in a relationship, but it's complicated.

The topic has caught the attention of beer lovers across the province, especially since Unfiltered Brewing filed a lawsuit against the NSLC last summer. The suit involves what the corporation calls the Retail Mark-Up Sales Allocation: A fee the businesses pay the NSLC on products they sell directly—whether that's to customers at retail locations or to other licensees.

Allison Kearns, Unfiltered's president, says they're arguing this is a tax.

Last week, justice Glen McDougall reserved his decision in the suit. Now, says Kearns, it's a waiting game. "It's a complicated argument, so the next steps, really, are just to wait for his decision."

Although Unfiltered is at the crux of this specific case, its owners aren't the only ones frustrated with the rules and fees involved in selling craft beer.

"It's very disheartening for me," says Chris Reynolds, co-owner of Stillwell. "I view my job as supporting but also challenging the beer culture here. We want to push things forward by bringing stuff in and showing people what's possible in beer."

Certain regulations, he feels, make it difficult to do that.

"With the NSLC, we're unable to do it at a reasonable cost, because they apply about 100 percent tax to anything we try to bring in," says Reynolds of out-of-province brews.

He was especially frustrated when he learned of the Maritime Beer Accord from 2007. Nova Scotia and New Brunswick had reached an agreement that NS licensees are allowed to order directly from NB breweries at lower distribution costs. For the past three years, Reynolds was unaware of this agreement, so he ordered through the NSLC and paid the higher fees. He says no one informed him of the alternate route.

At the same time, Reynolds stresses that his beef is with "the system," and there are a lot of great people working at the NSLC.

For the NSLC's part, it's rolling out some changes in the next year in hopes of increasing the focus on craft beer in its stores.

"It's part of our mandate to support local, so we do that across all categories and it's certainly true for craft beer," says NSLC spokesperson Denise Corra. She points out that the corporation provides financial support to the Craft Brewers Association of Nova Scotia as well as having a role in Craft Beer Week.

Corra wouldn't comment on the Unfiltered case as it's before the courts, but she offered some general information. For instance, there are currently 11 Nova Scotia breweries that list at the NSLC. Three years ago there were only a few, "maybe three," says Corra. "It's really grown in leaps and bounds in the last few years."

Over the coming year, NSLC stores will be increasing the focus on local craft beer by expanding on its number of listings. It expects to have beer from 18 local craft breweries listed by May. On top of that, there will be specific sections and signage for Nova Scotia craft beer.

However, Reynolds says those kinds of changes are only throwing "a bone to the local industry.

"It's still the fact that we're living under the thumb, completely, of a—very un-Canadian, I think—monopoly."