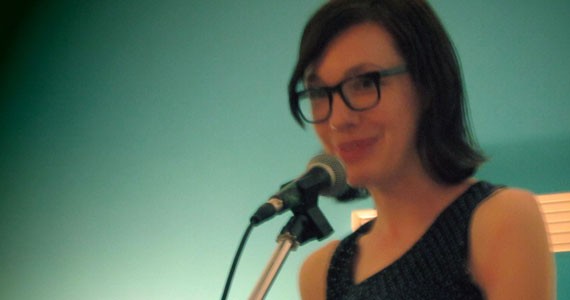 Whitney Moran
Coast writer since 2012
Whitney Moran is a serial coffee reheater and editor who enjoys the company of books over most people.

A Matter of Life and Death or Something (Douglas & McIntyre) LOCAL
By Ben Stephenson
"...the rocks and leaves and plants and animals never do anything silly like kill each other or fall in love or grow up." Narrated by a found journal, a 10-year-old boy and a forest, this delightfully original novel will leave a permanent milk moustache smile on your face. Biting, hilarious, honest.

The Book of Marvels: A Compendium of Everyday Things (greystone)
By Lorna Crozier
From "air" to "light bulb" to "vagina," a compendium of everyday words escapes the clutches of consensus and engages in an etymological love affair. The result: an abecedary of ersatz vocabulary featuring a blend of baroque history, popular culture and poetic license. You will never look at a zipper the same way again.

Life is About Losing Everything (House of Anansi)
By Lynn Crosbie
I'm not sure what to call this book except for visceral, grotesquely honest bile for the soul. It's a blend of fiction and fantastical memoir written as jarring vignettes of confessional prose poetry. "What is lost is some sense of being alive," but what is found is obscurely gorgeous.

The Marlowe Papers (Hodder & Stoughton)
By Ros Barber
"And so to precious paper I commit/The only story I can never tell." The most ambitious book of the year, and a modern masterpiece. This fictional epic explores the Shakespeare/Marlowe controversy entirely in (iambic pentameter) verse. A must-read for bibliophiles and masochists.

Stray Love (Phyllis Bruce-Non Perennial)
By Kyo Maclear
From 1960s Vietnam to modern London, pseudo-orphan Marcel finds a family amidst the rubble of his past, and a multi-generational and multiracial love formed from pencil shavings and imagined marriages. A quirky meditation on betrayal and acceptance of life's shortcomings and the infinite wisdom of children.

And the Birds Rained Down (Coach House)
By Jocelyn Saucier

My Heart is an Idiot: Essays (Farrar, Straus and Giroux)
By Davy Rothbart

The Lava in My Bones (Arsenal Pulp)
By Barry Webster

Lindsay Raining Bird
Coast writer since 2011
Lindsay Raining Bird once worked on a German lesbian WWOOFing farm in France where she and her friend were emotional abused and exiled to a tent until they finally made their impromptu escape by foot and were chased for several tense minutes down a road and eventually abandoned.

Inside (House of Anansi)
By Alix Ohlin
Short-listed for the Giller Prize, Ohlin's novel about Grace, a sincere therapist and the people she becomes entwined with will have you diagnosing characters left right and centre, although each one will manage to surprise you---it's a bit obsessive and maddening but engrossing just the same.

The Juliet Stories (House of Anansi)
By Carrie Snyder
Growing up in Nicaragua, Juliet Friesen is raised by her American activist parents until her brother is diagnosed with cancer and the tumultuous life they have built begins to fall apart around them. Have a highlighter handy---Snyder's prose is startling, beautiful and so well crafted you'll probably want to underline every other passage.

The Rook (Back Bay)
By Daniel O'Malley
One fantasy book to rule them all, The Rook is part Memento-esque amnesia mystery and part political thriller with a dash of Men in Black-level government-weird to keep you guessing, laughing and crossing your fingers for a sequel more than any other genre could. It's exactly what you didn't know you were looking for.

Sympathy Loophole (Mansfield) By Jaime Forsythe LOCAL
In her first book of poetry, Forsythe manages to create a fascinating balance between the oddly witty and beautifully weird that most writers only dream about, or go wildly off the mark. It's a riveting collection that pays tribute to the strangeness in everyday life---and will make fast friends of all its readers.

This is How You Lose Her (Riverhead)
By Junot Díaz
The follow-up short story collection to the Pulitzer Prize-winning The Brief Wondrous Life of Oscar Wao sees Yunior's life set against a backdrop of heartbreak. The women he loves and inevitably loses romanticize that special kind of failure in the tender, raw and darkly comedic way that Díaz has long perfected.

The Child Who (Penguin)
By Simon Lelic

The Twelve (Doubleday)
By Justin Cronin

Dare Me: A Novel (Reagan Arthur)
By Megan Abbott

Trail of the Spellmans (Simon & Schuster)
By Lisa Lutz