The Doppler Effect scores again with a real-life-inspired story of the power of the internet. 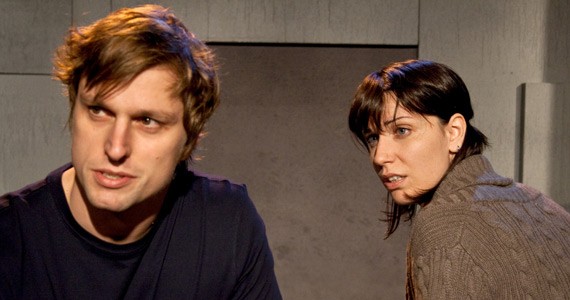 Nothing is black and white in CU2morrow, the Doppler Effect's ripped-from-the-headlines exploration of power, manipulation and free will in the internet age. Though loosely based on the Melchert-Dinkel "suicide nurse" case which involved a 49-year-old man masquerading as woman in online chat rooms in order to convince at-risk people to commit suicide while he watched via webcam, the playwrights (Annie Valentina and Michael Macphee, who also star in the show) have created complex characters and delved deeply into these character's minds. Garrett Barker's creative lighting and set design are very effective in taking the audience from the real world to the online one. The plot is engrossing, filled with twists and turns that keep you guessing. This is the kind of theatre that will have you questioning what exactly you believe, and that can be a very good thing.