The beloved bike shop moves to Agricola Street next fall 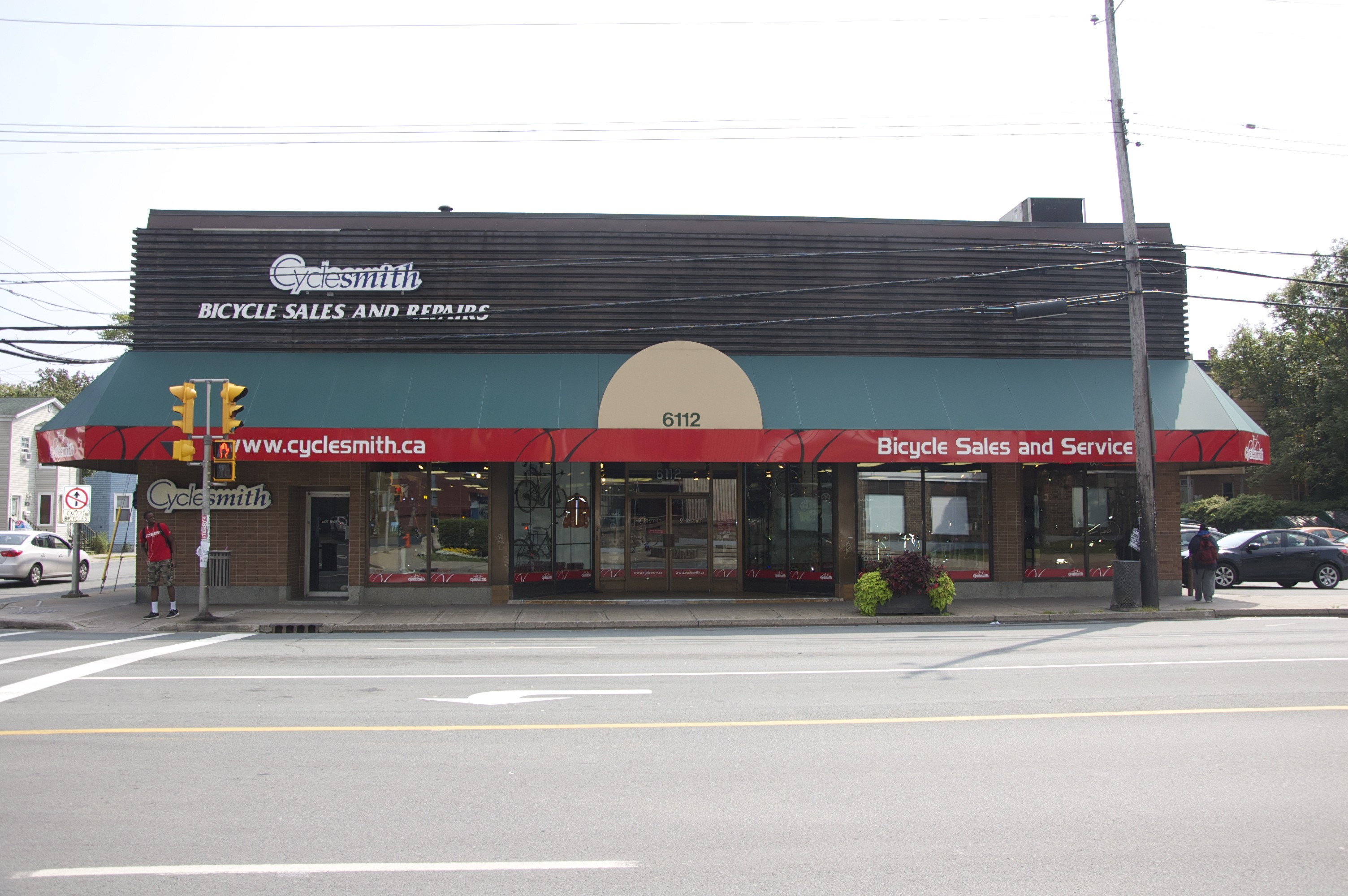 You have until next fall to adjust the bike route you take to get to Cyclesmith (6112 Quinpool Road). The Quinpool institution (it's been a resident of the strip for 27 years, peddling bikes from its current location for 18) will be moving at the end of its current lease, to make room for the construction of the new eight-storey condo/retail development that'll eventually take over the corner.

Cyclesmith's Mark Beaver says while there's no real rush to move—the shop's lease expires in 13 months— they've inked a deal at 2599 Agricola Street, in half of the street-facing retail space in the NSLC's building.

"It was important to find a place that's the right size for our store, but more importantly has a basement that's even bigger. In the bike business we have to stock a lot of inventory, and have room for mechanics and a work shop," says Beaver of the new spot. "Because we're not moving until next fall we have the luxury of time to do renovations and make it look the way we want it to."

"I'd be staying here forever if they weren't going to rip the building down. But we're quite excited for the move," says Beaver, who's lived north of North for over 20 years. "There are a lot of really exciting changes happening on [Agricola] Street."

The new location is also two doors up from Nauss Bicycle Shop (2533 Agricola Street), a neighbour Beaver will be happy to have. "I think his [Dave Nauss'] clientele and ours are quite different. It's not necessarily a bad thing to have similar stuff in a certain geographic area."

We say there's no such thing as too many bikes in the north end.