“Improving” a person's speech by making them sound more like a local assumes a lot about class, power and nationality. 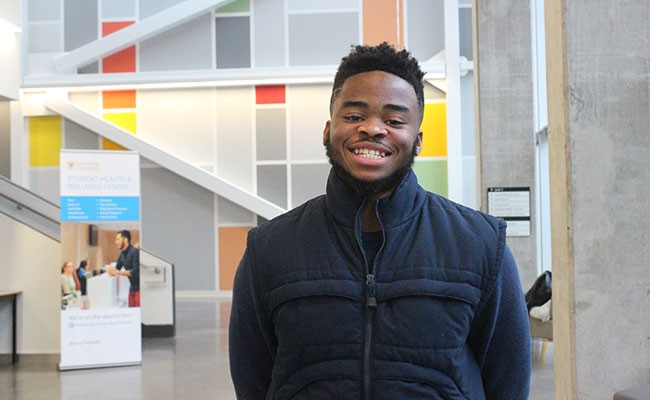 International students and anthropology professors are having a lot of trouble understanding Dalhousie University’s Accent Clinic.

Formerly called the Accent Modification Clinic, the university service was founded four years ago to help students improve their English. But its controversial purpose raises several questions about race, class and the stigmatization of people from other places.

Martha Radice, a social anthropology professor at Dalhousie, says she’s stunned by the clinic’s apparent targeting of non-western accents. It reminds her of elocution lessons, where people would train to speak with an upper-class accent in hopes of achieving higher social status or better marriages.

“The problem with is it implies that what you’re starting with isn’t good enough. Nobody ever took elocution lessons to get a lower-status accent,” explains Radice, who’s originally from England. “As someone with a British accent, I get a lot more credit than I deserve. People will say, ‘I love your accent,’ and sometimes it gives me an advantage that has no relation to my own contribution to the world.”

Although private clinics offering accent modification exist in many cities, Dal’s was the first in Canada to be offered by a university. Initial assessments at the Accent Clinic start at $120 for a or $80 per person for a group assessment.

One of its founders, Michael Kiefte, says the school of human communication disorders was receiving numerous phone calls from people looking for help in improving their English. So the university decided to offer that service itself.

“Another reason we wanted to start up the clinic was in recognition of the fact that we have a lot of international students,” Kiefte says. “International students face a lot of challenges when they come to Dal. They have to do a number of activities that require communication, like giving presentations or doing group assignments where you have to work with people from a number of different backgrounds.”

Hasan Alfarhan, who moved from Kuwait to Halifax three months ago and is learning English at the East Coast Language College, sees the benefits of the clinic for his studies.

“I will take courses in biology and chemistry, so there will be a lot of difficult vocabulary,” says Alfarhan. “My main concern now is how to communicate with professors and how to understand them, especially when they talk really fast. It’s hard for me to take notes if I don’t understand what they’re saying.”

But other international students feel the clinic is sending the wrong message to newcomers in Halifax. Usenobong Kennedy, a second-year engineering student at Dalhousie, remembers a scenario during the summer when his Nigerian accent caused him personal grief.

“I met a girl online and got her contact, then she called me and heard my accent, and that was the end of it,” says Kennedy. “I was stunned that my accent could actually drive someone away from me.”

Eric Henry, a professor specializing in linguistic anthropology at Saint Mary’s University, says he’s noticed a trend in language schools targeting accents as a way of pressuring newcomers into buying their services.

“The idea is we’re going to make you speak English and pronounce English as if you’re a native speaker, and that would open all these wonderful doors for you and opportunities,” Henry explains. “But of course, that doesn’t get at the actual problem which is that accents are being marginalized. It’s often treated as a problem of comprehensibility, but it’s a problem of devaluing and stigmatizing accents that are from other places.”

Henry says the way we perceive accents today has been so deeply ingrained society, that it’s become harder to realize when one’s accent is being discriminated against.

“You could be the smartest person in the world, but if you spoke with a working-class Boston accent, no one would ever take you seriously,” Henry explains. “You hear someone speak and you can immediately associate them with a place, social class, status, occupation and so on. That’s really what this is playing on here; the idea that you will be judged negatively because of your accent, something that’s out of your control. It’s basically promising that we’ll erase these stereotypes that people make of you through this program.”

Kiefte emphasizes that the clinic doesn’t aim to reduce anyone’s accent, but instead tries to make clients aware of how they pronounce their words.

“For us, the biggest victory would be when somebody is speaking, and they notice when they’ve said something wrong,” Kiefte explains. “As soon as they’re aware of what kinds of mistakes they’re making, that’s a huge step because they’re working on it themselves.”

But Radice feels Haligonians should be more patient with people who may not speak English as a first language. Instead of an accent modification clinic, she says, we need an “accent listening clinic.”

“The pressure is on the person with the ‘funny’ accent to modify their accent. There’s a lot of questions of emotion, identity and status that’s wrapped up in an accent. It’s not something we take enough time to unpack and consider.”