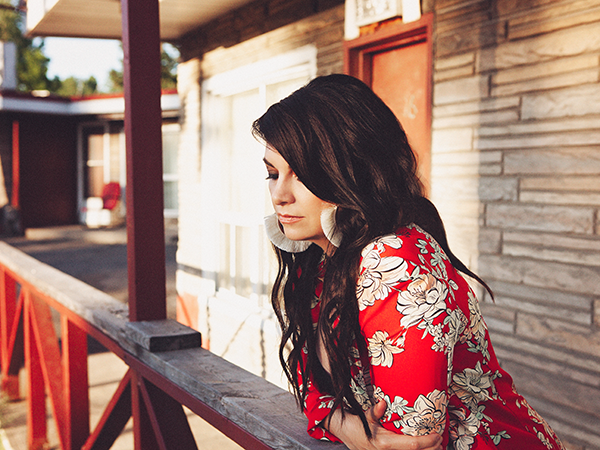 D amhnait Doyle is ready to reintroduce herself. The self-described "mid-level Canadian musician" has been at it since 1996, landing on Much Music in her mid-teens with the hit music video "A List of Things." Her career has spawned 10 albums. But, it's only now, on the back of her 2019 release Liquor Store Flowers, that she's found her true voice—and is raising it.

"I started at 17 and only cared what people thought about me. I didn't have a firm identity—but at 43, I do," she says, speaking by phone. "Making yourself small for the comfort of others: I was guilty of that."

A rock-tinged country sound hemmed with lace, Liquor Store Flowers rests on the shoulders of Sheryl Crow and Dolly Parton.

The searing track "That's What You Get" has Doyle scorching earth and setting boundaries. "So Clean," meanwhile, sees her taking on current politics ("I wrote that two years ago when I thought it couldn't get worse—and now, there's children in cages," she says.)

Settling into adulthood, exploring sobriety and raising two girls all helped Doyle's sense of self become bulletproof. "We teach our girls to be polite and this triggered something in me," she recalls. "I wanted to raise them to protect themselves...I had spent years quieting my intuition to make others comfortable and it was finally making a big re-emergence into my life."

This lead her to more vulnerable songwriting, she explains—which then lead to this, her best album yet. "There's no audience out there waiting for me to make this record," she adds. "I wanted to make it for 23 years—ever since I saw Steve Earle play Emmylou Harris while I waited stage-side. I thought 'how do I do that?' and it's just living and experience."