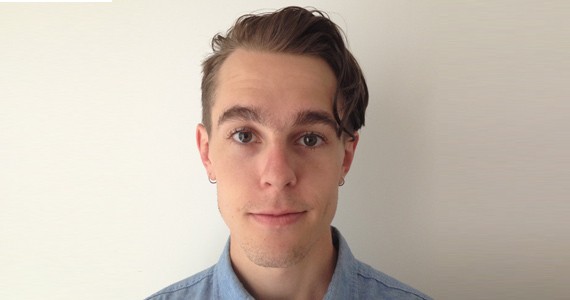 "It seems like sort of serendipity when I look back at it," Dan Vorstermans says about his first kitchen job. "I cooked by myself, so I was prepping and executing every dish that went out."

This is a man that likes a small kitchen. After a stint at Chives where he managed some time on each station, he found himself in a sous-chef position at Morris East. "I love how small the restaurant is, in terms of the number of seats, but also the small staff and small kitchen," he says. "Again, I've gotten to do a wide variety of things there, just because of the nature of a small kitchen. When you're working with just yourself and one other cook in the kitchen, you're basically responsible for half of everything that's going out to the dining room."

Vorstermans plans on opening his own small space in the future. "I feel really lucky to live in Halifax, where there is such an amazing community of support for small businesses," he says.