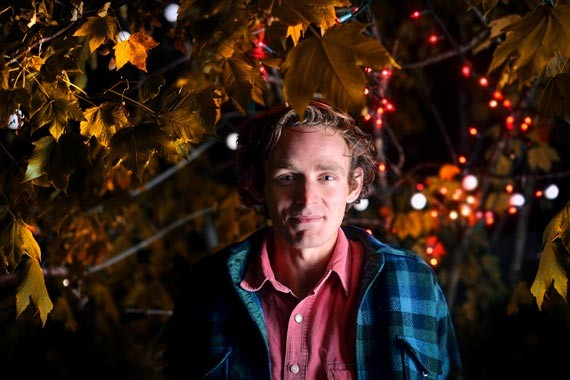 How often does Owen Meany's Batting Stance's Daniel Walker have to explain his band's name? "Ninety percent of the time," he estimates. "People either aren't familiar with the book"—John Irving's A Prayer for Owen Meany—"or recognize the name but don't know why."

While his band will be playing Friday at In the Dead of Winter (see "The Burning Hell" for details on that show), his first IDOW will be a solo songwriters circle Thursday. The event takes place at Alteregos, the venue on the ground floor of the Halifax Backpackers Hostel. In a coincidence too tidy for fiction, Alteregos is where Walker played his first-ever live show in Halifax, and HBH was his residence for four months after moving to the city from Guelph, Ontario and "not knowing anyone."

The songwriters circle, Walker explains, will be a more stripped-down, intimate, acoustic affair involving "some backstory to my writing process, giving a more personal explanation as to what the songs are about for me rather than offering them up for someone to take at face value."

It's an idea Walker finds intriguing. "My sets are heavily reliant on stage banter," he says, "so it's nice to have that expected of you."