He'll be represented by Blingnot Media, an affiliate of The Fugees, Rick Ross and more 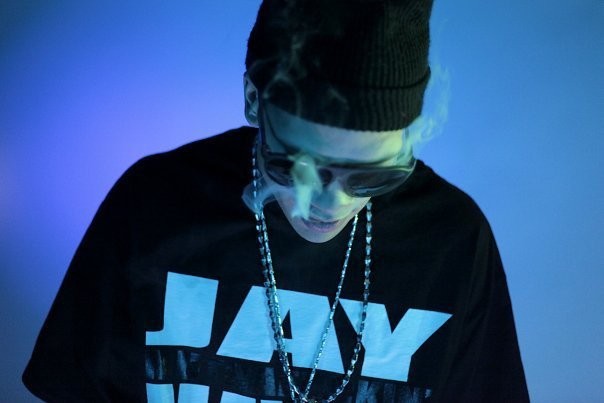 "If you know me, you know I don't get excited about things until they're actually moving," says Dartmouth rapper and #ChopTrees founder Jay Mayne. "I'm hyped to make some steps in the right direction, but I still gotta' secure the bag." Last week, the rapper announced an American deal with Blingnot Media, a US-based firm led by Kevon Glickman, who has facilitated the careers of The Fugees, Flo Rida, Kriss Kross, Rick Ross and more. It's dope, as they say.

For almost a decade, the WESC-advocate and skateboarder has been grinding non-stop, releasing mixtape after mixtape of underground rap, influnced by his love of west coast hip hop, while releasing videos directed by Jason Eisener or animated by Jon Eisener and grabbing nominations and awards from the East Coast Music Association and Music Nova Scotia. He's performed all over, including at the Halifax Pop Explosion, and last October, he represented the city at AC3 in Atlanta, one of the largest hip-hop conferences in North America.


Under his management, Grey Sea, Mayne has earned this new continental distribution deal, no doubt. Few local hip-hop artists have a catalogue as consistent as Mayne, and his gravelly voice and recurring themes (rapping, trapping and skateboarding) are now characteristic staples of his work. With his crew, rappers like Cam Smith and Thrillah, Mayne's finally on the rise. And the US deal brings with it a bunch of opportunities to perform for new audiences in new places.

In June, Mayne will perform in Salt Lake City, before heading to LA "to make music and skate," and then he'll hit up London and Atlanta, the hub of hip hop. For some of those dates, he'll bring along his rap-doggie Thrillah, with whom he often performs. Their shows sometimes feature back-and-forths and the two are like Halifax's Redman and Method Man, although they're not a band: "I'm definitely stoked to have Thrillah's energy onstage whenever I can," says Mayne.

Until then, he'll be working on new releases and taking the chance to skateboard when he can: "Nate (Oliver) told me yesterday we have to try to backside nose blunt the picnic table at the park,  so I'm tryna prepare mentally for that," he says. Like all his efforts, this one is for his G's.