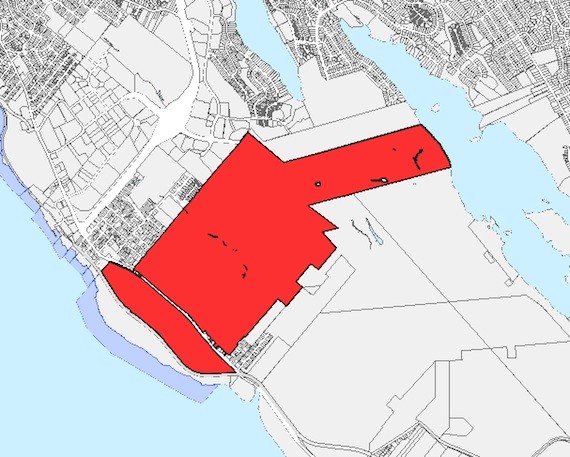 Besides the immediate impacts on workers and their families, it’s too early to say what will result from the closure. Imperial vaguely speaks of a sale, but the economics of refineries evidently don’t support smaller operations like that in Dartmouth any more---a US Congressional report finds that 20 percent of refineries have closed over the last decade, with no sign of the trend reversing.

More probably, Imperial will use the refinery site as a fuel terminal, bringing in all the province’s fuel needs via ship. Economist Lars Osberg says there won’t likely be any impact on prices at the pump or for fuel oil, as the volume of sales dwarves transportation costs. He’s also not concerned on the energy security front.

The biggest issue with the refinery closure, says Osberg, “is all that land.” The refinery land is assessed at about $164 million; under the commercial tax code that would normally bring in about $7 million a year into city coffers, but successive provincial governments have given Imperial, owned by Exxon, one of the most profitable non-state corporations on Earth, special tax breaks amounting to about half that. The site will be used for something, and still taxed, but the loss of refinery will hit city finances hard---say, the cost of a stadium every 10 years.

It’s unlikely all the land would be used for a fuel terminal, so the closure opens up the prospect of at least some of the harbourfront site being used for something else. That’s a conversation that hasn’t begun yet, and a lot depends on what sort of environmental problems might be underlying the 94-year-old refinery. There’s been no assessment of the site, says a Department of Environment spokesperson