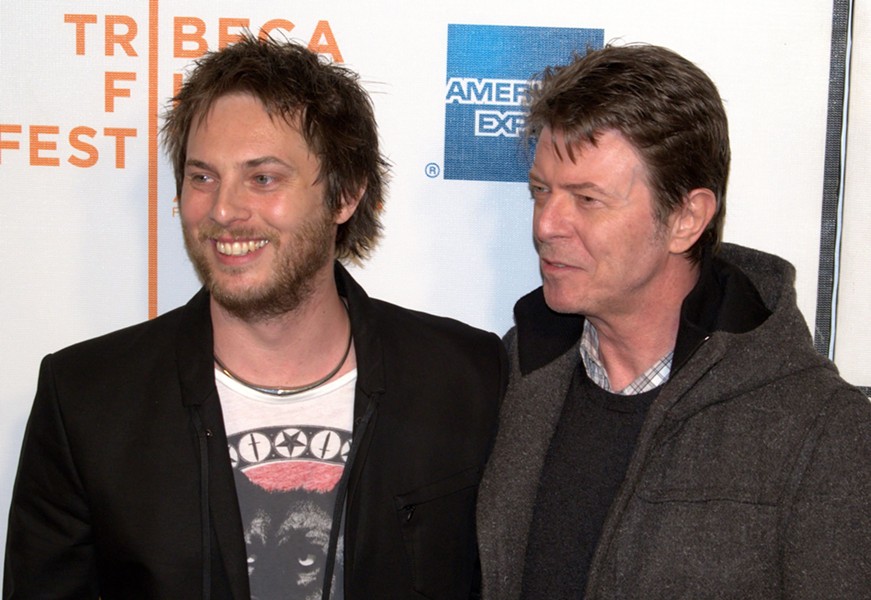 On Thursday, the child of legendary rockstar David Bowie tweeted about Halifax’s own immigration museum, Pier 21. Filmmaker Duncan Jones, 49, is the only child of Bowie and his first wife Angie (nee Barnett), who were married from 1970 to 1980.

“I am officially 1/4 Canadian by way of grandma being born in Argenta B.C.!” he tweeted, tagging the museum.

I am officially 1/4 Canadian by way of grandma being born in Argenta B.C.!
Thank you Canadian Museum of Immigration! @Pier21!!

I feel like I understand so much about myself now.
Mmmmmm... maple.... pic.twitter.com/w5h8sRP0L2

It’s through his maternal grandmother, Helena Maria Galas Barnett, that Jones is part Canuck. A Wikipedia article, citing the Bowie book, says while Jones’ mother is American, his grandfather George M. Barnett was a US Army vet who married a “naturalized Canadian citizen.”

But in fact, Helena Maria Galas was born in British Columbia, according to data found by the museum's Scotiabank Family History Centre. Jones said in another tweet that he’s also trying to get a hold of his grandmother’s birth certificate with help from the museum.

Pier 21 staff say they were pleasantly surprised by the attention online. “We were all pretty star struck when he was tweeting @ us yesterday,” says Beatrice Houston Gilfoy, communications rep for the immigration museum in an email.

Jones said he was glad to know more about his heritage and where his love of maple came from. “I feel like I understand so much about myself now,” tweeted the director of Moon and Source Code.