Why Leave Tonight will make you believe in love songs—and easy listening. 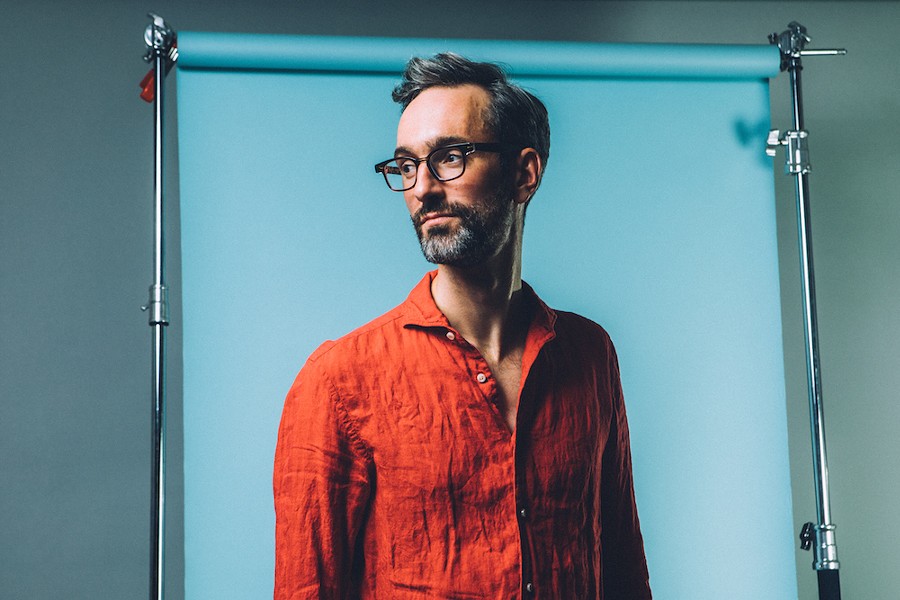 The first time you listen to David Myles’s Leave Tonight, you’ll bite your lip. Your teeth press down as the opening notes lift—because this is mood music and frankly, had you known, you’d have shown up better dressed. The bite becomes a chew as you realize oh, is this what smooth sounds like? (Spoiler alert: Yes it is.)

Then you’ll wonder: What can you call something this suave, slowed-down and loved-up? If you didn’t know better—if you weren’t already vibing with the midnight sounds Myles is delivering in his 10-pack of love-laced songs—you’d say it was easy listening. (There even is a track titled “Loving You Is Easy”, which feels like substantial evidence in your favour.) You shudder, though, placing this thing you’re actually enjoying in the same category as Jimmy Buffett and Neil Diamond.

But Myles isn’t worried about it, so why should you be? “I wanted to call the album The Easy Sound of David Myles because I was like ‘I think we need to embrace that part of this and make it cool again.’ Because that genre has such a stigma—like a bunch of bad music, essentially. So it’s easy but not cheesy—that’s what I call it,” he says, speaking by phone weeks before Leave Tonight’s release. “It’s not like I’m well-known in America or anything, but when I did an interview in California and they were like ‘so how would you describe it?’ I was like ‘Easy listening? can I say that?’ It’s funny, it’s like an act of rebellion.”

It’s been two years since Myles—possibly Halifax’s king of sonic reinvention—dropped his last album, 2018’s all-french offering, Le grand départ. He’s spent that time on a lot of things, a domino of days bordered by the routine of raising a family and writing song snippets. (Of his writing process, he emphasizes it’s all about consistently making time for the work: “Everyone has that fantasy of writing under a willow tree in a Moleskin and that doesn’t really happen.”)

Before that, he gave us the Buddy Holly-gone-off-the-rails Real Love, which slung a bolo tie ‘round your neck as it convinced you to shake a leg. In 2011, he started blending an early Elvis Presley vibe with hip hop, collaborating with Classified. In between, he’s made pit-stops in jazz-tinged pop, soft rock and alt-country. He’s traded acoustic guitars for banjos and then returned the banjos for a piano.

“I try to learn with every record and that’s why I make so many records,” he explains.

While his latest mutation might have been a particularly hard sell to members of his team (the title The Easy Sound of David Myles died because it met so much resistance), listeners will quickly learn to skip along genre lines with Myles. Because these are more than just whims—they’re visions. “I move quick. So, this time, I tried to be a bit more patient,” the singer-songwriter adds. “I would say the band would agree that this is the strongest record; It was also me doing me, which I think was quite different for awhile. I’ve done a lot of referential-type stuff.”

When it came time to make Leave Tonight, Myles says, “The producer was all like, if you take all those other influences away, what music do you really wanna make? And I’m like, Well I love Chet Baker, I love James Taylor, I love all this stuff that’s a bit more chill. How do I make that sort of thing? So it was quite representative of my taste in a lot of ways.”

And when it comes to the date night-readiness of the album’s lyrics? “That’s gonna sound super cheese, but I love my wife. I have forever, and so those kind of songs come super natural for me. And I love them. I love romance. That’s kind of what got me into singing Chet Baker in high school,” Myles says. “And I worried about it: Is it cheesy or whatever, but this is really who I am. There’s really terrible ways to write about that stuff. There’s bad, cheesy love songs. I’m trying to write good love songs about being in love.”