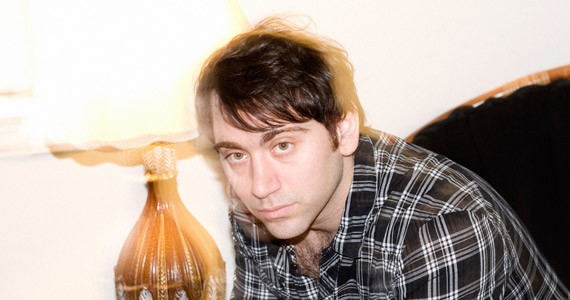 Though grief is about as universal a human experience as they come, everyone grieves a bit differently. Confronted by crippling loss, we usually resort to what comes naturally to each of us: talking, crying, retreating, reflecting, reminiscing.

At home in his native Newfoundland last fall as his mother was passing away, Toronto-based singer-songwriter David Picco did what came naturally to him: he pressed record.

"It felt like the best thing to do at the time," says Picco of the spontaneous sessions that turned into his new self-titled album. "Thinking back it's all a bit blurry, but me and [brother] Chris were just talking and were like, 'Let's do a project together,' something to keep us half-sane while we were dealing with everything. It seems like a weird time to be thinking about music, but it was really the best thing we could have done. It gave me something to do while I was going through all this stuff that's difficult to describe."

The resulting album is more raw than Picco's work with his band, Jetset Motel. Crisp and naked, the acoustic-driven songs glisten as if they've barely been touched, reflecting their quick genesis and off-the-floor recording. Picco's lyrics, sweet and soulful, openly bare their sentimentality, unashamed with trying to find some semblance of simplicity in the complications of grief.

"I'll be happy when you're gone/but not for me, and not for long," he sings on the album's first track, summing up the confusing combination of relief and loss that comes from watching someone close approach the end of a long battle with illness.

"I just followed my heart on it," he says. "I know that sounds like a cliche, but I just didn't second guess anything. This was the first time I've been like, 'This is what it is, I'm not going to try to do it any other way, I'm not going to edit it or anything.'"

The album includes one cover song: "True & Beautiful," by Toronto songwriter Kyp Harness. Picco and Harness are long-time friends, and Picco says that he'd pegged the song to tackle if he ever got around to making a ballads album. Placed in the middle of the record, it almost sounds like an old standard of sorts.

"You hear about all these singer-songwriters that are under the radar and they should be more well-known, but with Kyp it's just criminal. He's so under the radar." Picco's friendship resulted in his producing Harness' latest album, Resurrection Gold. "I thought that he was going to be pretty headstrong going into it, given how talented he is, but he was really cool. He trusted me."

Though Picco's planning on starting a new record in the fall, for now he's focused on the road. His tour of eastern Canada hits The Company House on Canada Day, and he'll be joined by his brother, who's donating more than his guitar and bass skills for the tour.

"We're taking his van," says Picco. "We're leaving for Halifax on the ferry, and going to drive through the east coast to Toronto, then he's going to drive back. We haven't actually played together that often, so this is a good opportunity to catch up and share some good times together."