A glimpse of NSCAD's "Framework" plan may be available April 23 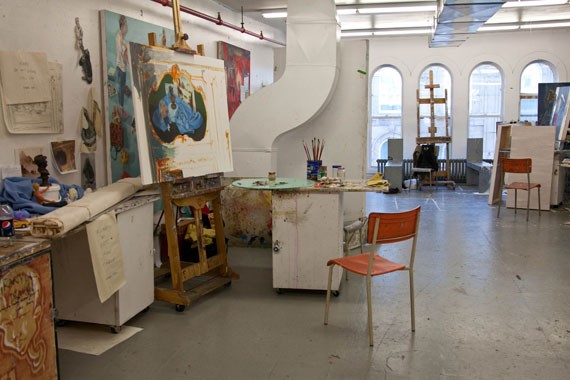 Those of you following NSCAD’s financial trials and tribulations may have noticed that March 31 came and went pretty anti-climactically. Last weekend marked the deadline for the troubled university’s board of governors to deliver their sustainability plan to Marilyn More and the Department of Labour and Advanced Education, a plan that the greater NSCAD community is dying to see, and let’s just say the end of the month went out like a lamb—very quietly.

As of last Friday the “Framework for Sustainability” was signed, sealed and delivered, ahead of deadline, addressing all eight of the recommendations Howard Windsor made in his December 2011 report on NSCAD’s financial trouble. But what exactly they’ve proposed is still unknown, leaving faculty, staff, students and the Friends of NSCAD army concerned for whether lay offs, program cuts or a merger could still be looming in their future. Some money-saving efforts that are already in motion include a tighter timetable, a hike in student fees, some administrative shuffling and attempts to rent space in the Granville block (hopefully not at the expense of existing studio, or gallery space).

“We’re waiting to see a copy of the report and haven’t gotten that yet,” says Alvin Comiter, photography professor and president of NSCAD’s faculty union. “There was one rumour that it was going to come by the end of this week, and an email from David Smith to the community that we all might see it in three weeks.” Then, early this week came the announcement of a board of governors-hosted town hall meeting to address the current state of affairs as well as the school’s next five years, which shows promise of getting a glimpse at the plan, albeit on April 23—after the semester has ended.

“The people who are the most worried are the part-timers because no contracts have been issued for part-time faculty,” says Comiter. “In many cases there aren’t names listed on timetables, so it’s up in the air on whether they’ll get a contract for next year.”

“People are still very concerned about where this is all going to end,” adds Comiter. “There’s tremendous support but it’s hard to keep that kind of energy up for months and months. Maybe that’s why things are going so slowly... the government’s waiting on people to get worn out.”