The founder of The Give BACK fundraiser has been buying and delivering holiday groceries for folks and families who need them for the last three years. 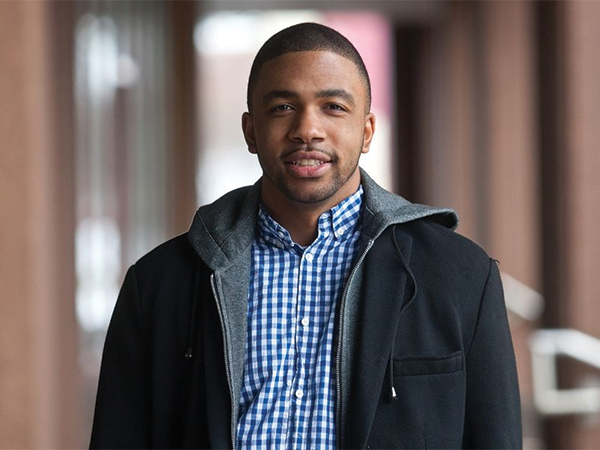 Dinner is best eaten shared and DeRico Symonds is doing his part to ensure that every family has that chance during the Christmas season. Since 2016, he's run The Give BACK, an annual Christmas holiday initiative that takes a communal approach to assisting families across HRM. The Give BACK takes donations from members of the community and uses them to provide a Christmas dinner for families who may not be able to purchase one on their own. The goal this year is to raise $2,000.

"I came up with the idea because people are excited for the holidays but not everyone can afford the financial burden that comes with them," says Symonds. "I'm trying to play a small role in changing that."

A program manager with the HRM Youth Advocate Program, he's been working with youth and communities for about 12 years. Beyond that, he understands firsthand the financial stress that can come along with the holidays.

"Mom always did her best to make sure we had what we needed but it wasn't always easy," says Symonds, who grew up with three brothers in public housing. "So, I understand what it's like to be a family that doesn't always have what you need."

The Give BACK is a one-man operation. Symonds purchases and delivers all the food himself, taking time off work, using vacation days and donating his spare time to making those deliveries from December 18 to 23. This year will be the first time he has assistance, following a donation of $400 in Atlantic Superstore gift cards and six volunteers from the Rotary Club of Dartmouth.

"I don't ask for the names, I don't know who the food is going to, I just trust that the food will go to the right people," says Symonds. "Everyone has a role to play in ensuring that everyone in the HRM is doing well."

Since its creation, The Give BACK has raised about $6,000 from community member donations, fed 52 families and donated about 150 pounds of canned goods and $900 to Feed Nova Scotia. Each family receives a $25 turkey, stuffing, potatoes, vegetables, butter, chocolates and candies, cranberry sauce, as well as a gift card for anything that might have been missed.

Following the holidays, Symonds sees a future for The Give BACK all year round.

"We all have a responsibility over what is happening in the city. A lot of these issues could be fixed if we just turned to each other," says Symonds. "The Give BACK is a concept that might eventually expand to encompass more ideas but for now, we're sticking to Christmas."