Don't mind The Other Guys

NYC cops Will Ferrell and Mark Wahlberg are the bumbling other guys to the regular cowboys in the bullpen, personified by Dwayne Johnson and Samuel L. Jackson. Ferrell is a prissy poindexter and Wahlberg shot Derek Jeter in the thigh (an apparent no-no in NYC). Ferrell and director Adam McKay’s indulgent, risque fly-paper narrative approach sometimes yields benefits, but The Other Guys doesn’t have enough focus or coherence to elevate set-ups that flirt with misogynism and homophobia into punchlines with a firm point of view. In the Ferrell-McKay canon, this is a two-hander like Step Brothers, and like that movie, is somewhat a race-to-the-bottom towards the characters’ ultimate despicability. These two are capable of sublime stupidity, but are also occasional perpetrators of American comedy’s nihilistic tendencies.

The Other Guys is not showing in any theaters in the area. 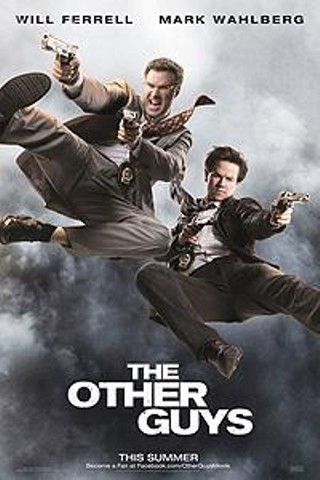