Nova Institution for Women welcomes back volunteer health workers who Correctional Service Canada says were never locked out to begin with. 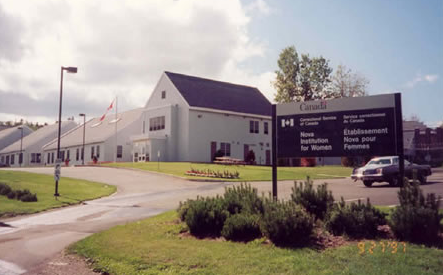 Inmates at the women’s prison in Truro once again have access to doulas after inexplicably being denied the volunteer support service for the past several months.

“Thanks to extensive media coverage, Women's Wellness Within [WWW] has been contacted by management at Nova Institution for Women and we hope to resume working with women who require our services immediately,” reads a press release sent out late Wednesday.

A different release, sent out earlier this week by WWW, said volunteer doulas haven’t been inside the Nova Institution since May.

Correctional Service Canada spokesperson Shelley Lawrence disputes those claims. In an emailed statement, Lawrence writes that the doula services were not cancelled or discontinued at Nova.

“If an inmate requests to meet with a doula, Nova staff will make the necessary arrangements,” Lawrence writes. “Nova Institution is very supportive of having this voluntary service available to the women.”

Martha Paynter, with WWW, says that’s at odds with the experiences of her volunteers. She says last year every pregnant inmate was referred to the doula service, with one prisoner being seen every day for two months. The Elizabeth Fry Society, she adds, even learned of one inmate whose due date was this week and “had never been informed about the doula program.”

“I guess one of the questions is have these pregnant women been informed of the doula services?” says Paynter on Tuesday. “Silence is a response, in and of itself.”

Of course, that was then and this is now Follow-up questions sent on Tuesday to CSC regarding the discrepancies between Paynter’s and Correctional Service’s accounts about what’s been happening the last several months were not answered by Lawrence before publication.

“I am still waiting for some information,” the spokesperson writes Wednesday evening over email. “I will let you know as soon as I have a response.”

Women's Wellness Within is composed of midwives and volunteer doulas from the IWK and partners with the Elizabeth Fry Society (amongst other organizations) to provide pre- and post-natal support for female inmates at the Nova Institution and the Central Nova Correctional Facility in Burnside.