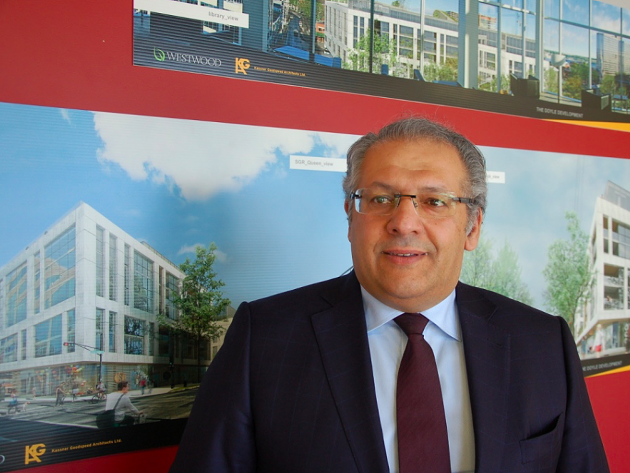 Danny Chedrawe hasn’t been winning people over with his new Doyle Block.

Westwood Developments is currently tearing down the entire block between Spring Garden Road and Doyle Street to make way for a planned seven-storey building of mixed commercial and residential use which will feature—among other amenities—a “living roof.” But it’s the building's height that’s pissing off the neighbours.

Opponents—and there are more than a few—say the structure will block the impressive view of Citadel Hill from the Central Library’s fifth floor.

“What you are referring to is a rendering that's been making its rounds on social media, put out by a Dalhousie University professor,” says Chedrawe. “I can tell you that rendering is inaccurate. We are not blocking the view of Citadel Hill...We're respecting what the library has done for our community, not taking away from it.” 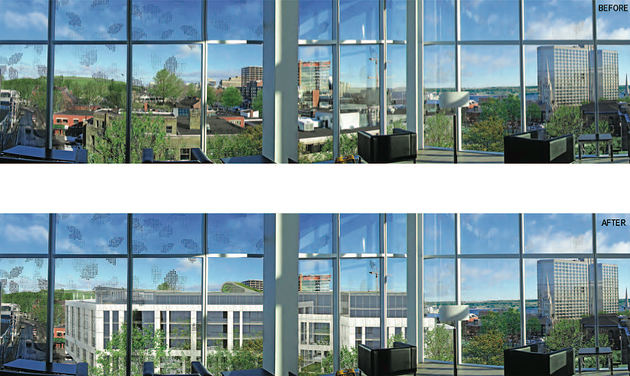 Essentially, Chedrawe says Steve Parcell (the Dal professor in question) didn’t factor in setbacks on the west side of the building. Parcell, in response, says those ground-floor setbacks don't matter because it’s the upper floors that are going to be blocking the view.

“Perspective is one of the subjects I teach at the school of architecture,” the on-sabbatical Parcel writes in an email to The Coast. He says his renderings were “methodically” produced.

“I spoke to Mr. Parcell on the phone and told him that 'You are free to voice an opinion and debate....but everybody has an obligation to present the facts,’” Chedrawe says. Westwood has also contracted National Public Relations for some social media damage control ("Your words," Chedrawe tells me) and to get neighbours on board with the Doyle Block vision.

When it is complete the building will house 107 suites and 40,000 feet of retail and office space that the developer wants to fill with small, local businesses. As such, he’s offering below-market rent.

“We're going to local businesses today that want to upgrade, or that were in the downtown core but were driven out because their rents went up through the roof,” Chedrawe says. “That's the theme of our project. I was so inspired with what the library's done to our neighborhood here, and I want to build on that.”

There’s a public meeting Wednesday night about the Doyle Block, but as the development meets all of HRM By Design’s guidelines it's really only the facade—not its height—that will be open to public input and feedback from the Design Review Committee. "Inaccurate" or not, criticism isn't likely to convince Chedrawe to lop off a storey or two.

“I think this whole issue of the library should die today, not continue on into whatever. I think focus on the real issues. That's how we get great things done in the city, not focusing on things that don't go anywhere.”

For a different kind of perspective, here’s architect Morten Schmidt, who designed that top floor of the Central Library, telling Dezeen Magazine why the view’s so important:

"The historical axis between the Halifax Citadel and the Halifax Harbour, crossing right through the library site, is reflected in the orientation of the top floor of the building containing the Halifax Living Room, hereby providing not only a unique view but also an understanding of the city's historical heritage.” 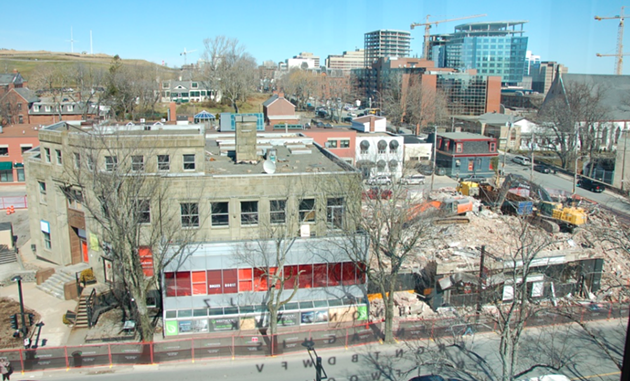