12-year-old Lucas Campbell has a passion to be himself. 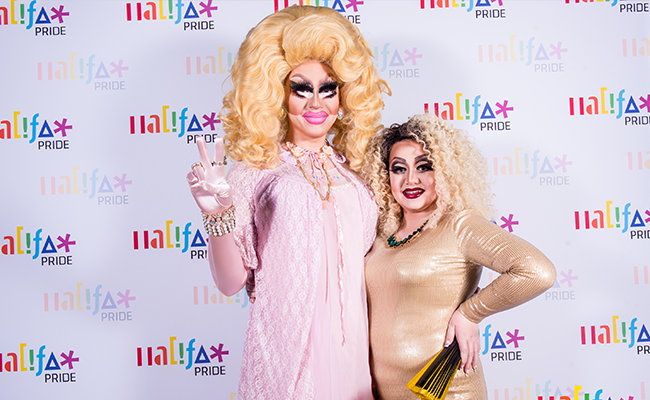 Lucas Campbell stands behind the tall amphitheatre entranceway doors. The glances from his big, blue eyes suggest high levels of nervousness and excitement. The crowd is cheering. It’s his moment. He’ll never look back.

He hears his song playing and steps onto the stage as Patricia.

It’s only the second youth drag show in Nova Scotia, and the 12-year-old is overcoming powerful feelings of major nerves as he confidently dances in front of the cheering crowd.

Discovering you have a diverse gender identity doesn’t always happen later in life. Children as young as seven have been known to identify as gay.

Lucas’ mom, Carrie Campbell, made the decision years ago to support her son, no matter what.

“Lucas has always pushed the boundaries of what gender norms are,” she says. “He’s always enjoyed playing with different colours and making somebody look different.”

It wasn’t always easy, though. His mom says the kids at school bullied and attacked Lucas when they first found out he was gay.

“He was punched, kicked, called a ‘faggot,’” she says. “It was heartbreaking. This is your child. Here you spend your whole life trying to build them up.”

So, they made a decision together to not live their lives based on the judgement of bullies. After that, Lucas joined two cheerleading teams. Then he wanted to try drag, which Campbell says she and Lucas’ father supported 100 .

Not everyone has had the same undivided support as Lucas, though.

Steven Poole grew up in Nova Scotia 20 years ago. He was in foster care from the age of five. After realizing he was gay and dealing with feelings of rejection, Poole tried to commit suicide.

“Queer youth now have a safe place to go for much needed moral support,” says Skye Cross from The Youth Project.

“I think it’s a fear,” adds Poole. “I think if we can educate people at a young age that everyone is created equal—everyone marches to the beat of their own drum. It’s just sometimes it’s a tambourine.”

Now a part of the drag community in Halifax for years, Poole is also serving as for Lucas’ big show.

“I saw in Lucas what I had—the passion to do drag, the passion to be yourself and the passion to just to go head-on,” says Poole. “At the early stages of discovering who you are and finding out you are gay, being able to reach out and be around people like that, it can literally save a kid’s life.”

Lucas hugs his mother following his performance as the crowd erupts once again in cheers.

“My favourite part of the night was when I transformed into this,” says Lucas. Campbell says it’s not important what her son does in the future. She just wants him to be happy.

“Having the support of my parents is very important,” says Lucas. “You can just like, tell them anything and they’ll welcome you and accept you.”