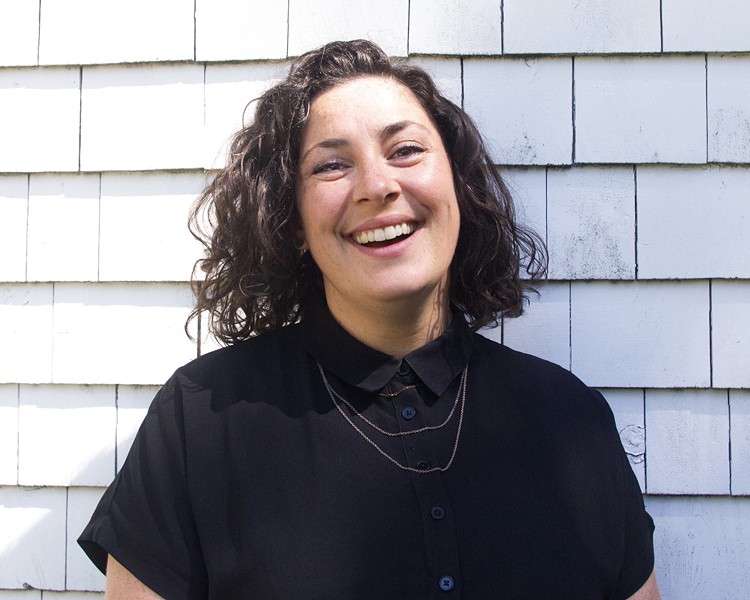 Kathryn McCormack—her friends call her Kat, and she really wants all of Halifax and local theatre to be her friend, so you should call her that too—has an energy that is palpable from the second she enters the Zoom call. “Ugh, I gotta stop saying ‘excited’,” she says with a laugh, correcting herself from answering yet another question with that seven-letter feeling. But, she has every right to be flooded with the emotion: The multiple Best Of Halifax Readers’ Choice Award-winning actor, show creator and director just got a career-maker of a position: Being named the new Artistic Director of Eastern Front Theatre.

“I’ve worked front-of-house across this town for years, so I feel like I know what the audiences think,” she says in an exclusive interview with The Coast about the news, her enthusiasm climbing higher still. “I am uniquely unqualified for this position and I think that might be my greatest strength” she adds later, with a laugh, by way of referencing how she’s never run a theatre company before.

But, her cumulative years of experience in Halifax’s theatre community—where she’s made her mark playing fan favourite roles in Shakespeare By The Sea productions and has worked in show creation alongside many of the most exciting names in the city’s indie theatre scene—is exactly the kind of shake-up that EFT needs.

Back in late March, the company released an email newsletter with the subject line “Waves of uncertainty” (a sentiment we were all feeling in one way or another, living under a state of emergency). “A lot has been going on at Eastern Front Theatre since the beginning of the year and I honestly wasn't sure how to share it with all of you,” reads the newsletter, which was penned by EFT’s Interim General Manager, Elsa Pihl. “I'm currently holding down the fort for the organization and trying to guide us through this latest storm,” she writes, before delivering a bullet list of how 2020 has treated one of The Maritimes’ biggest theatre companies. (The list includes how one production was “cancelled due to EFT's growing debt” but also mentions how EFT was nominated for multiple Merritt Awards this year.)

“I do think we are less in financial straights than it may seem,” says McCormack when asked about EFT’s current situation. She talks about plans of micro-grants for digital theatre creations and says she can’t wait for the company’s annual STAGES festival (which highlights and shares plays at all stages of production) to return in 2021—“be it online or in a field somewhere or whatever.”

McCormack says her vision for the company will be less focused on delivering a set season of pre-created works, and more on collaborating with artists and community members. While EFT will doubtlessly still be a place to look for a show to go see, it’ll just as much be carrying the ethos of its popular STAGES Festival, McCormack explains: “I do find the audiences of Eastern Front—audiences in Halifax especially, in K'jipuktuk, they love to see works in progress.”

It’ll be a big first day when she officially begins the role Monday morning, but McCormack knows what’s first on her to-do list: “I want everyone to feel welcome and like they have a voice at Eastern Front Theatre. I don’t want anyone to feel like an outsider at Eastern Front Theatre. I really, really want to support our community and get people working—and get people working together,” she says. “There’s no need for competition in the arts, it doesn’t make sense. There’s room for everybody, you know? And I’m looking to carve out a bit more of that room.”