A bittersweet combination of success and heartbreak informs Winter in St. Lucia. 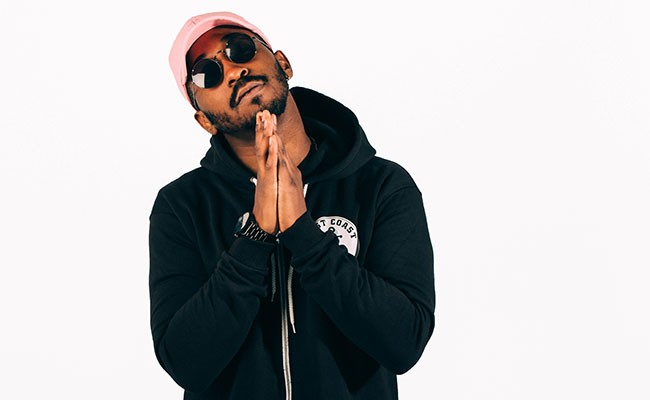 Kayo takes the call in the middle of his workout, mostly calisthenics. He's eager to discuss his brand-new record, Winter in St. Lucia. It's spring there now and it's where he's doing pull-ups in his garage, but he'll be back in Halifax this week for an ECMA showcase Thursday night.

Winter in St. Lucia represents a complicated three-month stretch last year. Kayo's career was rising, but his personal life was dramatic. First, his father was diagnosed with prostate cancer. "My dad and I never had the best relationship growing up, so when this happened we got to bond in a meaningful way," says Kayo, birth name Filbert Salton. "There were conversations we would have, on my balcony, looking out over the ocean—in those moments I felt like I was getting to know him for the very first time. It was very profound."

At the same time, his long-term relationship was crumbling. "When you feel something like that, the fire is more intense than it ever was? And you think, maybe this is what love feels like, and everything else was just an illusion," he says.

He poured all of it into his raps, writing and recording between his three homes, and put together the album from those tracks and ones he'd been sitting on. "I had this immense catalogue of music I had put together over the past few months," says Salton. "I curated the tracks that meant the most to me and told a story sonically."

Winter in St. Lucia sounds sharp and huge, in no small part to executive producer Yogi ("The same way Drake got 40, is what Yogi is to me"), another St. Lucia-to-Halifax transfer student. (Salton attended Saint Mary's University.) It was officially released at Lion & Bright a couple weeks back, but Salton is excited to perform it for the ECMA late-night audience. "How I designed the album—I want the listening experience to be exactly the same as the live show," he says. "How you hear it front to back? That's how it'll be performed."